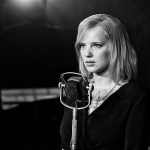 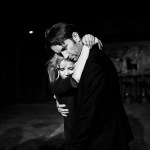 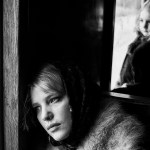 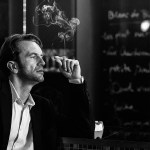 ‘Cold War’ has been nominated for three Oscars, including Best Foreign Language Film. HL spoke with Joanna Kulig about working with Pawel Pawlikowski again, the relationship at the heart of the movie, and more.

Cold War is one of the most powerful and beautiful films of the year. The Polish drama, shot entirely in black and white, has been nominated for three Academy Awards — Best Foreign Language Film, Best Director, and Best Cinematography. Cold War follows a music director named Wiktor (Tomasz Kot), who falls in love with a singer, Zula (Joanna Kulig). The two of them end up on quite the complicated journey that’s full of ups and downs.

The film, written and directed by Pawel Pawlikowski, is Joanna’s third collaboration with the director. She previously starred in his films Ida and The Woman in the Fifth. “We’ve known each other for years and our collaborations have been great. Pawel did something really special with the part of Zula. I showed all my skills. I’m really grateful that I got the part,” Joanna told HollywoodLife.

Zula and Wiktor’s relationship is based on Pawel’s own parents. Joanna talked about how she and Wiktor worked on establishing that crucial relationship. “We knew from the beginning that we had to build a big relationship that was passionate and magical and strong and beautiful, but at the same time destructive and very complicated during the ’50s,” Joanna continued. “That’s why we had a lot of rehearsals with me, Tomasz, and Pawel where we talked more about what kind of relationship it was, how to build it, and what was very important for us was that the music connected them. The music is how Zula and Viktor meet. It was something that was very special to her and to him.”

Joanna admitted that the “last scene was very, very difficult” to film. “It was sad, but at the same time there was hope.” Cold War isn’t just about relationship between Pawel’s parents, it’s about his home country of Poland. “Pawel said this was a love letter to Poland,” Joanna said. “It was something very special to him because he was an emigrate for years in England before he came back to Poland. He did such a great thing for Poland. We are so proud of him. He is such a great director. He wanted to tell something about his parents but about Poland, too.”