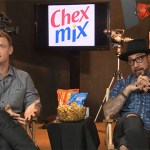 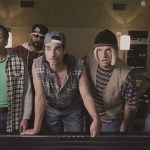 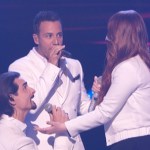 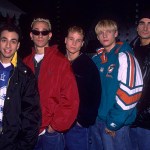 Backstreets back! With the release of ‘DNA,’ Backstreet Boys have fans filled with nostalgia! See fan tweets demanding a resurgence of even more bands from the golden era – the ’90s!

It’s time to party like it’s 1999! The Backstreet Boys released a new album, DNA, on Jan. 25, and the dazzling array of songs has ’90s fans in their feels. In fact, after listening, they want MORE! Fans are hoping the BSB record will pave the way for even more epic comebacks from their favorite throwback artists, including N’Sync, Destiny’s Child, and more! Social media filled with ’90s fanatics hopefuls. “Backstreet Boys going on tour ……..now all we need is for N’Sync & Destinys Child to make a comeback tour,” one fan wrote. “Backstreet boys released an album today and im just wondering when @NSYNC is gonna release something new,” another said. “In this age of bands and music groups reuniting to do reunion tours and making new music, when the F**K will *NSYNC move past their ~issues and get on board with the program?” another quipped.

The ’90s reminiscing didn’t stop there! Some fans even prayed for a collab between BSB and “All or Nothing” hit-makers O-Town. “So…when is there gonna be a BSB and OTWN collab?” one fan asked on social media. Another demanded to see more from Boyz II Men. “@backstreetboys  @officialblue and next,@westlifemusic need to make a comeback tour to Malaysia!! Oh and @BoyzIIMen need to comeback to Malaysia too!!!” one fan tweeted. But still, the majority of the tweets were dedicated to N’Sync. “The fact that Backstreet Boys is still making music and *NSYNC won’t give me a reunion tour truly grinds my gears,” one fan even wrote. C’mon Justin, give the fans what they want!

That being said, the new BSB album should hold ’90s fans over for quite some time. The dynamic record is FILLED pure bops that will have you wanting to throw a dance party in your living room! Between the smooth rhythms of opening track, “Don’t Go Breaking My Heart,” and the more upbeat “Is It Just Me,” the album is enough to sustain OG fans, while maybe even catching the attention of a new wave.

in this age of bands and music groups reuniting to do reunion tours and making new music, when the FUCK will *NSYNC move past their ~issues and get on board with the program?

B2K is going on tour

……..now all we need is for N’Sync & Destinys Child to make a comeback tour

Don’t forget to check out DNA on all streaming services now! Whether you were team BSB or N’sync back in the day, here’s to hopefully seeing even more ’90s bands make a comeback in 2019!