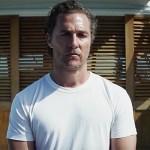 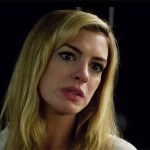 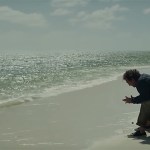 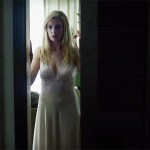 Matthew McConaughey and Anne Hathaway team up in ‘Serenity,’ a wild ride of a movie with a shocking twist. You’ll never believe what happens when she asks him to murder her abusive husband.

Everything is not what it seems in Matthew McConaughey and Anne Hathaway‘s Serenity thriller! Baker Dill’s peaceful life fishing on Plymouth Island is turned topsy turvy when his ex-wife Karen tracks him down and shows up at a local bar. She married another man while he was deployed, and the couple, who share a son, haven’t seen each other since. So why did she appear in his tiny town out of nowhere? She’s out for her husband’s blood! “I want you to drop him in the ocean for the sharks,” she asks, after outlining all of the physical abuse in their relationship and promising her ex $10 million cash. But when Karen’s husband arrives at the island for their vacation, Baker refuses to take him out on his boat.

He’s used to his tranquil life on the island, which has everything he needs from the boat where he obsessively tracks a giant tuna day after day to the house by the water where he keeps up a casual friends-with-benefits relationship. Baker fishes for swordfish at night for money and heads out with his first man Duke during the day for the elusive tuna. He ‘showers’ with naked dips in the ocean and sleeps in his house/boxcar — and often thinks about his son. He’s satisfied with the way things are, but when it comes to Plymouth Island, everyone knows everything. It isn’t long before those around Baker are begging him not to kill the abusive newcomer and to focus on the tuna instead.

One representative from Fontaine, a fishing tackle company, even tracks him down at 2:30 a.m. in the pouring rain to offer him a fancy new Fish Finder for a free weeklong trial. With so many random interactions and bizarre conversations, it’s clear that something about Plymouth Island is off — but is it just normal, small-town stuff? Even Karen, an outsider, is an over-the-top caricature of a rich, beaten woman. So what exactly is going on here?

After over an hour of haunting, bizarre moments, clues start dropping like flies, and you’ll never guess who is at the center of this mystery. Baker’s son! Karen’s husband opens up about how the teenager locks himself in his room to code a video game where he catches fish. And it’s the Fontaine rep, played by Jeremy Strong, who puts the pieces together, flat out telling Baker that he’s starring in a video game.

That’s right! After his dad died in battle, the little one turned to his coding skills to bring him back the only way he knew how. And since the two used to fish, a video game centered around an elusive tuna seemed like the perfect idea! Now that his mom’s relationship with his step-dad has ramped up into violent abuse, the game has shifted with a new objective. Kill him!

Art mimics life because as soon as Baker tips Karen’s drunk husband overboard in the video game, his son murders his stepfather in reality. Although arrested, the teen is freed on self-defense and makes another adjustment to the game. This time, there’s a character just like him who runs down the boardwalk to reunite with his dad.

Over the course of Serenity, the eerie movie veers so far from where it began. Since the thriller keeps audiences guessing and raises some serious questions, it is definitely worth seeing when it hits theaters on Jan. 25.