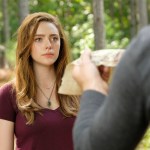 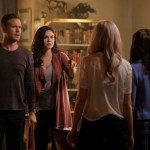 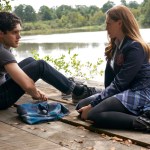 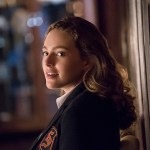 Hope and Landon fans, this episode was for you. ‘Legacies’ returned after a brief hiatus and introduced us to Landon’s mom, a new foe, and more!

The Jan. 24 episode of Legacies starts with Hope, Landon, and Alaric waking up in the middle of a field and having no idea how they got there. Three days before this, Hope got the signal from Landon that he needed her. She tries to sneak out, but Alaric catches her. He refuses to let her go alone, so he tags along. So, where is Landon? He’s been looking for his mom, Seylah. He finds her and things take quite the turn. She brings him back to her place and drugs him. Before he passes out, she presses the bracelet Hope gave him. When he wakes up, she tells Landon that she doesn’t believe he’s her son. She wants to know what he knows, and Landon doesn’t waste any time spilling his guts about vampires, werewolves, and more.

Monsters are still coming out of the woodwork, and Seylah’s forced to chop one’s head off after the creature goes after Landon. Seylah and Landon head out together and end up at a motel. She continues to quiz Landon about his life. “Do you have a girlfriend?” she asks him. Landon says yes! “Her name is Hope,” he says. SWOON. Seylah eventually comes to the conclusion that Landon is her son. Alaric soon busts through the door looking for Landon.

Hope, Alaric, and Landon need answers from Seylah now. She reveals she worked for a secret organization and her memory’s been erased. She also admits that she doesn’t know who Landon’s father is and has never been “equipped to be a mother.” Seylah walks out, leaving Landon to deal with all of this. “I hate that you always see me when I’m weak,” Landon says to Hope. He apologizes to Hope for bringing all of this chaos into her life. He says he’s sorry for walking into her life, but she doesn’t want him to ever be sorry for that.

Meanwhile, Seylah and Alaric have a talk. She reveals that she was in Malivore once upon a time and came back pregnant. Landon could very well be the son of Satan at this point, but who knows.

Landon and Hope finally have some alone time and give us yet another (!) kiss. “Hope, I will never hurt you again,” he promises. They start making out on the bed when Alaric walks in. Awkward. Hope runs out and crosses paths with Seylah. She tranquilizes Hope before bailing. She heads straight to Triad Industries and sacrifices herself for Landon by going back to Malivore. Hope, Landon, and Alaric follow her there, but they’re stopped by an explosion.

Realizing there’s nothing else they can do for now, the gang heads back home. Yes, Landon’s coming too. When they get back, Hope asks Landon to be her boyfriend. He happily accepts. Hope and Landon are officially together!

As if things couldn’t get any more complicated, Hope is explaining all of this to Alaric, who doesn’t remember anything. Also, the show introduces Nick Fink’s character, who’s clearly going to play an important role in the episodes to come. He moonlighted as a gas leak worker, but he actually works for Triad. This guy is not a good guy. Just how much does he know about Malivore and Landon?!