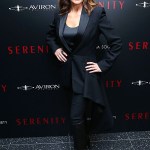 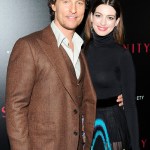 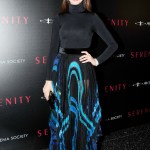 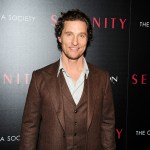 Diane Lane talked to HollywoodLife about ‘Serenity’s ‘Russian doll perspective,’ and the major plot twist she’s protecting from getting out!

Serenity may have one of the wildest plot twists in recent years, but we aren’t going to spoil that for you here, because that would be cruel. Diane Lane, one of the stars of the Steven Knight film, chatted with HollywoodLife at an Aviron Pictures and Cinema Society-hosted screening of Serenity, and opened up about the “unique and thrilling” plot. “I have been calling it the Russian doll perspective, that this gifted writer/director created with this script. Who people are when you meet them is different in terms of how you experience them at the end of the story,” she explained in an exclusive interview. “So, who my character is, and how she comes off, and what she brings to the story, and the relationship, and what she offers to Matthew [McConaughey]’s character in the piece — I like the way it changes. I like the way we all change as the story goes forward.”

She went on to compare the film’s major twist to the 1992 movie “The Crying Game,” starring Stephen Rea, Miranda Richardson, Jaye Davidson and Forest Whitaker. “I think it’s so unique and thrilling, and I hope the audience appreciates that aspect of it. That’s why I’m being so protective of it from spoilers!” Diane laughed. “The whole world agreed not to spoil that film so that everybody can enjoy it. I’m hoping that happens with this!”

In the Matthew McConaughey-led movie, Diane plays Constance, a sultry cat lady who resides on the reclusive Plymouth Island. The neo-noir thriller follows McConaughey as fisherman Dill Baker, who is posed with a life-changing decision when his ex-wife appears on the island and asks him to kill her abusive husband. Serenity, also starring Anne Hathaway and Jason Clarke, hits theaters on January 25th!

Following the Aviron Pictures and Cinema Society screening at the MoMA, guests enjoyed an after-party at the Magic Hour Rooftop in NYC.