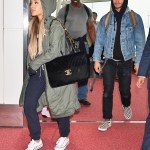 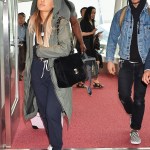 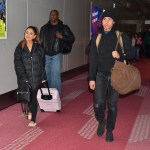 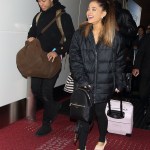 The ‘Sweetener’ tour is almost here! As Ariana Grande’s tour approaches, fans are convinced that her ex, Ricky Alvarez, will be joining her on the road. Here’s why!

Fans of Ariana Grande, 25, might be seeing a familiar face when they attend the singer’s Sweetener tour! Ari and her ex, Ricky Alvarez, 26, are still the best of pals, and fans are pretty sure he will be at her side when she embarks on the national tour. The theory stems from a few not so subtle social media hints! When the pop star’s ex-flame posted a pic from Ari’s “7 Rings” party, Ariana commented on it, writing: “the best team, see y’all on touuur.” Sounds like concrete evidence to us! Plus, Ari has been tagging Ricky’s photography Instagram in some of her photos, so they’ve clearly been kicking it a ton!

Does Ricky’s name sound familiar? Ariana poked fun at her friend in 2018, with the release of her smash “Thank U, Next.” The singer actually apologized to Ricky for giving him the “worst line” in the song! After the bop was released, he posted a video of himself listening to the song, and hilariously zoomed in on his bewildered face, during his name drop. Ari later responded on her IG story with a screenshot of his post! “Im sorry u got the worst line @rickyrozay it was meant v lovingly,” she said. L.O.L.

Fans might also remember that Ricky was once Ariana’s backup dancer! Ariana and her former dancer dated between early 2015 to mid-2016, but these days, the two are strictly friends. It seems like a rebirth of their romance is unlikely, seeing as Ari is all about the single life right now! In fact, Ariana has already shut down the possibility. When fans freaked after the singer posted a photo of Ricky in December of 2018, she leveled with them. “we’re friends everyone take a big ol breather,” she wrote in the comments.

Who said exes can’t be friends?! Clearly, Ari and Ricky have it down pat, and here’s to hoping we see them hit the stage together very soon!