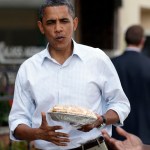 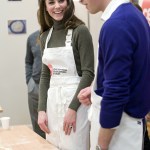 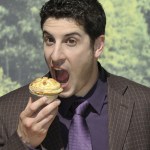 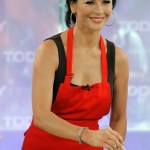 It’s National Pie Day! Let’s celebrate the national treasure that is apple pie with photos of celebrities chowing down on the delicious dessert!

Happy National Pie Day! The fun holiday takes place today, Jan. 23, and we’re celebrating by throwing pictures of celebrities with pie in your face. Sorry, this isn’t a food delivery app so we can’t send a creme pie to everyone in person. But we can share some incredible celeb stories and videos about the dessert!

First up is Ryan Reynolds and Blake Lively who are actual pie smugglers. Seriously, these two have risked getting caught at border control to bring their baked goods from Canada into the United States. Reynolds, who was raised in Canada, told the hilarious story on an episode of The Graham Norton Show.

“My wife is a foodie. She loves these apple pies that they make at this place in Vancouver where I grew up. So we grabbed a bunch of them and we were driving back down to the States and we’re going across the border,” he said on the show, adding that you aren’t allowed to bring fruits and vegetables when you come into the country. “I have the worst poker face – the worst pie face ever. And my voice always gets really high when I’m lying. [The patrol officer] was like, ‘You got anything? Any sort of fruit, any vegetables?’ And I was like, “Noooo!” Reynolds said in an extremely high-pitched tone.

The Deadpool star went on to explain that the border patrol agent “had me on the hook. He just looked at me and goes, ‘Hey, do you remember that movie you did… that movie Just Friends?’ I was like, ‘Yeah! Yeah, yeah.’ He was like, ‘You know that song at the end of it where you sing “I Swear” by All-4-One?’ I was like, ‘Yeah, yeah!’ He was like, ‘Yeah, yeah. Go ahead.’ Basically he was saying, ‘Dance, monkey.'” Fellow guest Will Smith responded saying, “I bet you danced!” to which Reynolds said, “I danced! I sang that thing with the best falsetto I had and I was on my way through the border eating pie by the next stop.”

how I eat pie

Another celebrity who’s probably excited about National Pie Day is Chrissy Teigen. Not only has she posed with pies while topless for an Instagram photo, but she also shared a video of her pretending to sob while digging into a creme pie, which she hilariously captioned, “how i eat pie.” Get clicking through the gallery above to see which other stars can’t pass up a slice of pie!