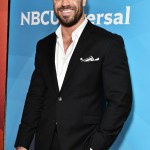 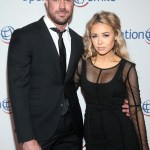 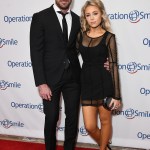 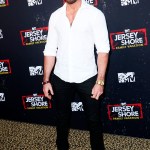 Well, they definitely have reality television careers in common! On Jan. 21, The Girls Next Door star Kendra Wilkinson, 33, and The Bachelorette and Ex On The Beach star Chad Johnson, 31, were spotted on a date together at Rocco’s Tavern in Los Angeles, TMZ reported. How dare he get dinner on Bachelor Monday instead of watching with all the fans – we’re calling Chris Harrison to report this injustice.

But anyway, the date seemed to go well according to their body language – the two left the restaurant holding hands and with huge smiles on their faces! They spent around an hour inside the restaurant, according to TMZ. Kendra and Chad both have some pretty famous exes – Kendra dated and lived with Hugh Hefner, who passed away at 91 in 2017. Chad notoriously dated JoJo Fletcher, 28, on The Bachelorette, and then caused a little bit of trouble on Bachelor in Paradise season three. He was kicked off the show for his pot-stirring antics.

Kendra filed for divorce from 36-year-old former football player Hank Baskett in April 2018, but it certainly looks like she’s having fun with “bad” Chad since she’s now single! The hunky man, who infamously ate a lot of deli meats while on the ABC love show centered around finding love, has been characterized by his arguments with cast-mates on shows. But it’s possible he has tamed down a bit or his wild ways could be what Kendra needs as she navigates life after her divorce!

While on the date, Kendra rocked a light blue wrap top with dark denim jeans, and a silver knee-length puffy coat. She kept her hair loose and natural, and had a gorgeous pink flush on her cheeks! Chad wore dark denim as well, also rocking a light blue top underneath his blue chunky knit sweater.

Was this a one-off date or are they actually seeing each other now? While it’s unclear what their status is at the moment, maybe if they end up seriously dating, they’ll get their own reality television show down the line!