Brad Pitt is still Hollywood’s most eligible bachelor and looking damn fine. We’ve got the first pics of the handsome hunk since the rumors came out that he was dating Charlize Theron.

Brad Pitt stays so low profile that its rare that the paparazzi get pics of him. But the 55-year-old showed that he’s healthy, happy and so darn good-looking while out in Hollywood on Jan. 23. The actor is also a successful film producer and was meeting with members of his team. This is the first sighting of the actor since a report came out that he’s been secretly dating stunning actress Charlize Theron, 43, for the past month after meeting while shooting a Breitling watch ad. While a source close to Brad tells us that UK’s The Sun report is completely false, it’s amazing to think what a gorgeous couple they would have made.

The star looked ever so hunky in a black sweater that showed off his toned torso underneath. He paired it with grey jeans, matching grey sneakers and his favorite dark grey newspaper cap. While his slightly scruffy goatee had plenty of silver hair, his head still has his trademark golden locks.

While it was fun to think about handsome Brad and gorgeous Charlize being Hollywood’s new power couple for a hot minute, it sadly isn’t true. The Sun reported on Jan. 20 that the pair met while shooting a watch ad during the summer of 2018 along with actor and new Oscar nominee Adam Driver. Then the publication claimed that Brad and Charlize were allegedly engaging in some PDA during a January 12 party at Chateau Marmont in Hollywood. They’re two of the best looking stars in Tinseltown, but sources confirmed to HollywoodLife.com that Brad and Charlize are not an item. 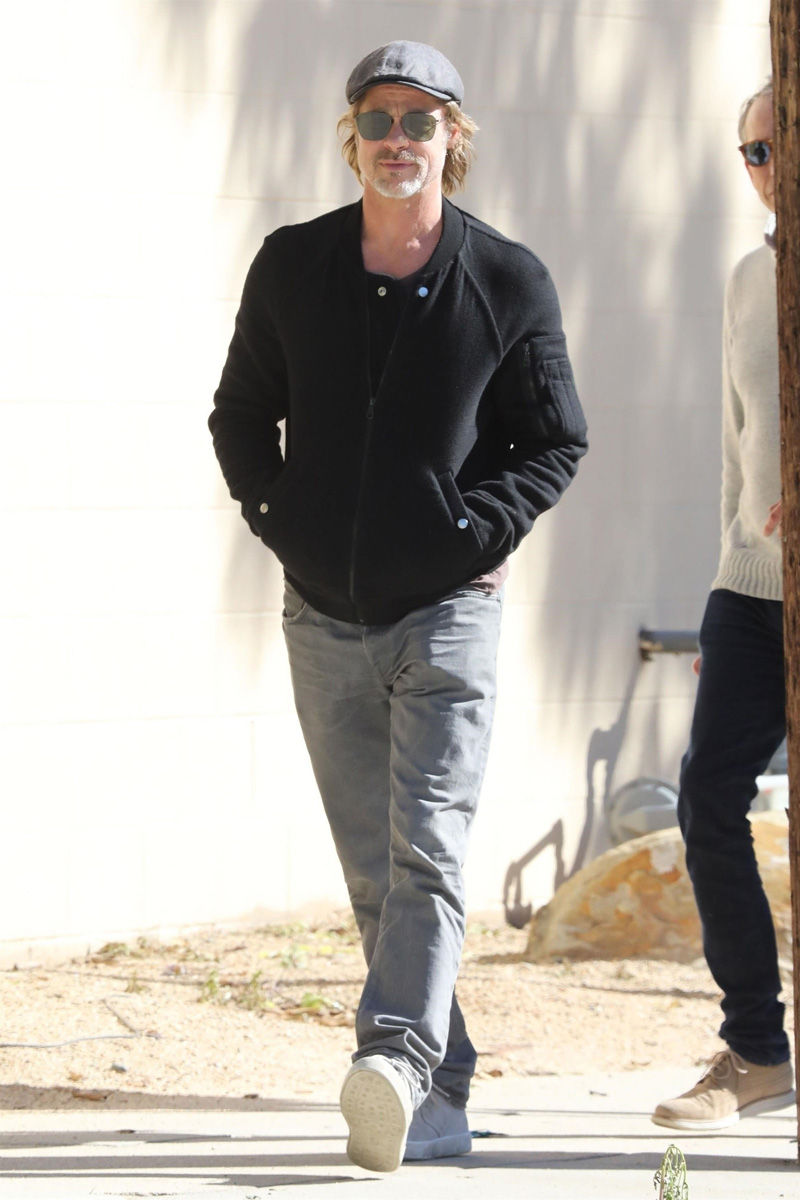 If Bralize had turned out to be a real thing, it would have infuriated Brad’s estranged wife Angelina Jolie, 43, and made their contentious  divorce battle all the more heated. Charlize and Angelina often end up competing for similar roles given their same ages, amazing talent and stunning beauty. If Brad got involved with one of Angie’s biggest career rivals, their already nuclear divorce war would have gone off the charts ugly.