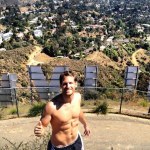 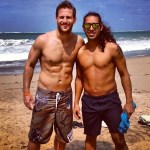 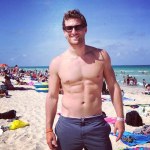 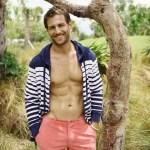 Fans got savage after Juan Pablo Galavis, ‘Bachelor’ of Season 18, suggested he write a ‘Tell-All’ book — or do a live show — to talk about his time on the show. It looks like Juan’s still one of the least popular ‘Bachelors’!

It appears that no one wants Juan Pablo Galavis’ opinion, according to his Twitter mentions! On Jan. 21, the Season 18 star of The Bachelor faced a tough crowd when he tweeted, “Should I write a BOOK telling EVERYTHING about my experience on The Bachelor like EVERYBODY? Or its better if @fleissmeister INVITES me to a LIVE show to talk about it? Thoughts?” Juan tagged the ABC show’s creator, Mike Fleiss, who responded with a thinking face emoji…but not everyone was so ambiguous with their thoughts. “Iss okay… I think we can all go without,” one fan replied, using Juan’s popular catchphrase from the show. Another person added, “Oh no no you’re good dude. We totally forgot about you. Thank you though!!” Yikes.

And then the harsh memes poured in, from Simon Cowell saying “It’s a no from me” to a GIF of Juan himself, saying, “It’s okay.” It looks like Juan’s reputation as one of the least popular “Bachelors” has followed him, after eliciting such headlines like Juan Pablo Is The Worst Bachelor in History (The Cut) and Juan Pablo Galavis, the Worst Bachelor Ever? (E! News). Even Bachelor host Chris Harrison wrote that “from the beginning something just didn’t seem right and something didn’t fit” in a 2014 guest post on Entertainment Weekly.

Recall that Juan lost many fans after he didn’t propose to winner Nikki Ferrell, or even tell her “I love you” (they split in the same year the show aired). It didn’t help that he gained the rep as a total player during his season! Surprisingly, the former soccer player went on to marry Osmariel Villalobos, a former Miss Earth Venezuela, in Aug. 2017 (Juan is also a Venezuelan native).

At least Juan’s tweet earned a “like” from Bachelorette contestant Josh Murray, 34, who proposed Andi Dorfman on the show — yes, the woman who left Juan’s season because she was unsatisfied by his efforts! And then there was the Twitter fan who went so far as to suggest a YouTube special, to which Juan replied, “Interesting… How about a @netflix special 4 episode on The Bachelor real STORY.” Uh oh.