ORIGINAL: Move over, Rachel Green! There’s a new leading lady that Jennifer Aniston is bringing to TV! The Friends star was seen in a red strapless dress looking better than ever as she films her return to television, in a new Apple TV show. Spotted on the set of the Reese Witherspoon-produced show Top Of The Morning, Jennifer showed off her toned arms in a bright red, strapless gown. At some points, she was bundled in a puffer coat to protect her from the cold, as she filmed in downtown Los Angeles. Jennifer appeared to be in character, going bright a bright smile to a serious, skeptical look in the photos.

The pictures come shortly after The Sun revealed that the 49-year-old’s ex-husband, Brad Pitt, may be romantically linked to actress Charlize Theron, despite a source denying those rumors. “They have been casually seeing each other for nearly a month now. They’ve been friends for some time — ironically through Sean — but things have developed,” an insider told the tabloid, adding that their romance began around Christmastime, and Charlize has already met Brad’s children. Reportedly, following Brad’s event for If Beale Street Could Talk, he joined Charlize is Chateau Marmont, where she was a special guest at a screening of Roma.

Jennifer, who was married to Brad from 2000 to 2005, seemed unphased by the news and had her game face on for her first television gig since Friends ended in 2004. Top Of The Morning, which already has a 2-season order from Apple TV, follows the lives of morning television hosts. In addition to taking on the role of producer, Reese Witherspoon will star alongside Jennifer, as well as Steve Carell, Gugu Mbatha-Raw, Billy Crudup, and more! 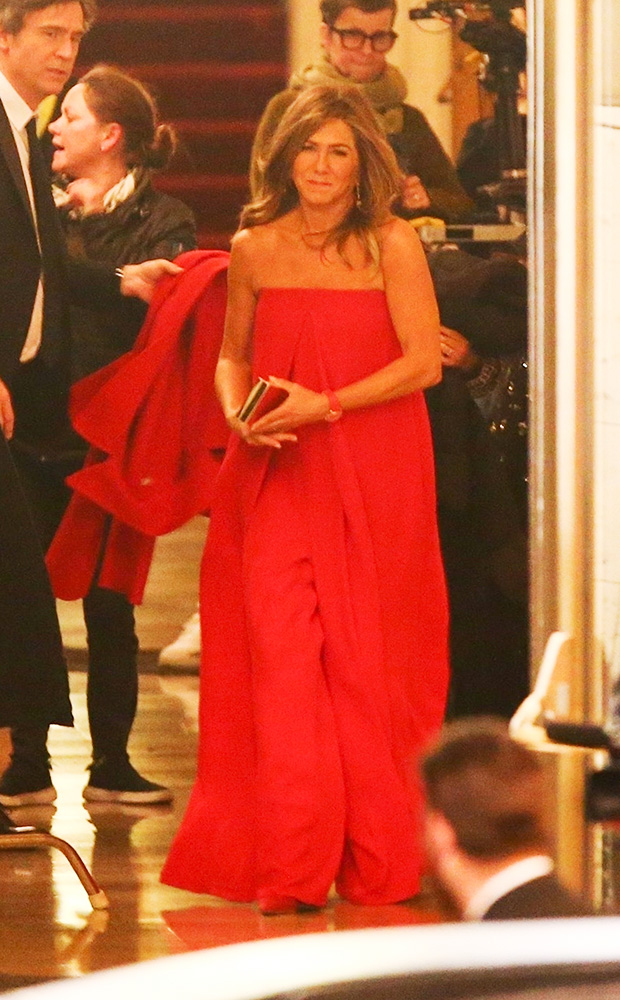 HollywoodLife.com has reached out to representatives for Brad Pitt and Charlize Theron for comment and have not received a response.