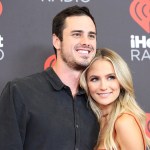 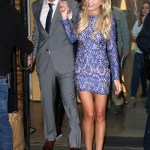 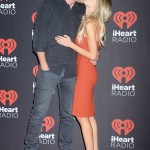 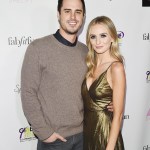 Ben Higgins is off the market after struggling to find love following his heartbreaking split from Lauren Bushnell, & he believe he may have found ‘the one!’

Ben Higgins is apparently smitten with his new girlfriend, who he is preparing to talk about on his podcast with Ashley I., “Almost Famous!” Recall, the former Bachelor was engaged to his final pick Lauren Bushnell and openly struggled after the pair called it quits in May 2017, but he has now found love once more, and he’s reportedly telling his friend that she’s ‘the one!’ “Ben was really struggling until his new girlfriend came along. Friends are so happy for Ben because he was really having trouble getting out of his own head and feeling happy. They cannot believe the sudden change in him. It’s like day and night,” an source close to Ben told HollywoodLife.com EXCLUSIVELY. “Lauren ending their engagement and dating again so quickly was extremely difficult for him and he took it very, very hard. Ben really, really loved Lauren, but he’s telling friends he’s very into his new girlfriend and is extremely happy and they see it.”

Lauren quickly moved on from Ben to Devin Antin, who she dated for a year before ending things with him in August 2018. Now, the blonde beauty dates country singer Chris Lane, and Ben reacted to the news in an interview with Entertainment Tonight, telling them, “I think the first time, when she was dating Devin [Antin], I remember that feeling — like the Band-Aid getting ripped off. This time, and I mean this, I really want Lauren to be fulfilled and happy, whether it’s with Chris or not.” What a sweetie, especially now that he has also found happiness with someone else.

“[Ben’s friends] feel he hasn’t been this happy since he and Lauren got engaged. It was because he was having such a hard time moving on from Lauren that he turned down The Bachelor when asked again, and now, he is well aware he made the right decision,” our insider added. “He’s even telling friends this could be it for him!” We can’t wait for this week’s “Almost Famous” podcast to hear from Ben himself!

HollywoodLife.com reached out to a representative for Ben for comment on this story.