Don’t mess with Angelina Jolie when it comes to rock climbing! She had a blast with her 10-year-old twins, Vivienne and Knox while staying active in LA on January 20! See the actress and her kids all smiles while hitting the rock walls!

ORIGINAL: Angelina Jolie, 43, can act, produce, direct AND rock climb! The Maleficent actress treated her 10-year-old twins, Vivienne and Knox, to a day of rock climbing in LA on Sunday, January 20! She even hit rock walls with her kids, who were all smiles in photos from the outing. And, we don’t blame them. —Their mom was killing it on the rock walls!

The family was dressed in workout attire, with Angie and Vivienne sporting matching ponytails. Angelina wore all black, while Knox and Vivienne wore blue and purple t-shirts. Meanwhile, her other four kids — Maddox, 17, Pax, 15, Zahara, 14, Shiloh, 12 — who she shares with ex, Brad Pitt, 55, were not present during the rock climbing activity. But, it was nice to see the actress getting in some QT with her youngest kids.

Angelina has been photographed out with her kids quite often amidst new rumors that Pitt is dating actress, Charlize Theron, 43. A report claimed that the two have been casually seeing each other since the holidays. However, there has been zero confirmation that Pitt and the actress are an item. Theron previously dated Sean Penn, 58. 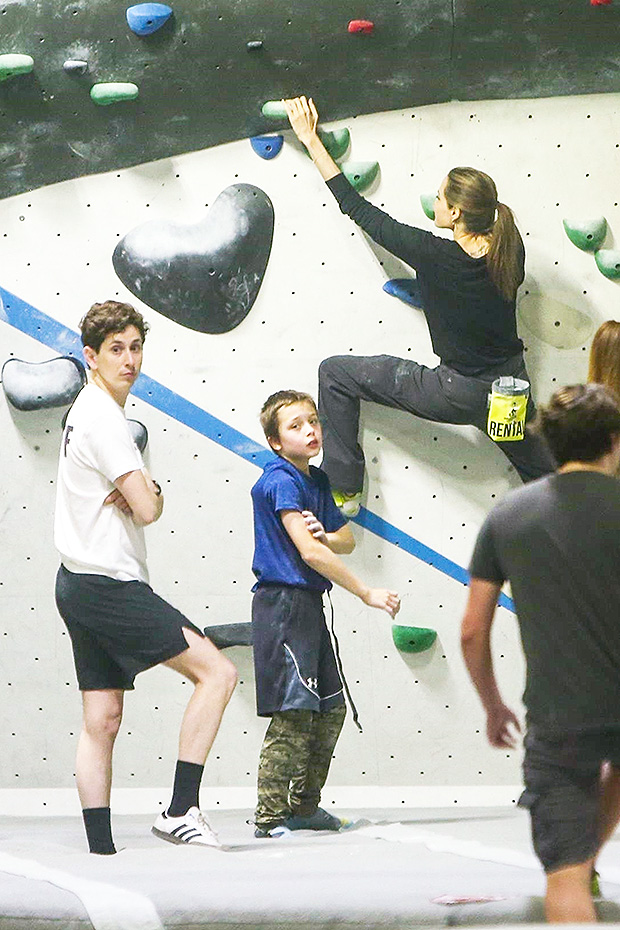 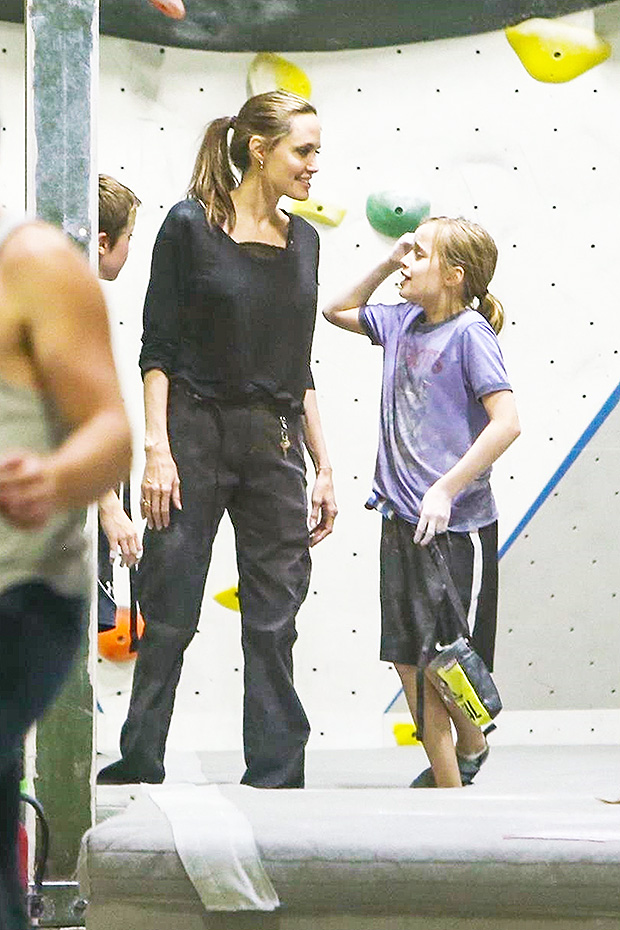 As you may know, Jolie and Pitt called it quits in September 2016. Their split was followed by a nasty and very public divorce and custody battle — until the pair had their custody court docs sealed for the privacy of their family. After many months of their lawyers going back and forth, the exes finally reached a temporary custody agreement in November, two years after they announced their separation. The details of the agreement were left private.

The custody news came after Pitt and Jolie asked for an extension for the appointment of a private temporary judge, Honorable John Ouderkirk, according to court documents obtained by Entertainment Tonight. A custody trial was scheduled to begin, in private and presided over by Ouderkirk, on December 4, with Ouderkirk working with the couple on reaching custody settlements until June 30, 2019. Ouderkirk has also been extended to their divorce case until December 31, 2019.