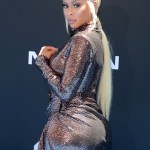 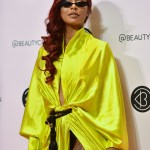 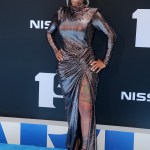 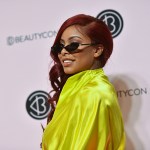 Alexis Skyy nearly bared it all in a stunning black bodysuit! See her daring outfit here!

Alexis Skyy stunned her Instagram followers by sharing a pic of herself in a gorgeous black bodysuit (seemingly made by PVC or leather), and we are here for it — especially the gold Moschino belt. In addition to her sexy pic, Alexis captioned the photo with some Foxy Brown lyrics, writing, “‘Cross the room throwin signals I’m throwin em back / Flirt-in cause I digs you like that.” With her romance with Rob Kardashian seemingly confirmed, perhaps both the caption (and the picture) were meant for him. Check out her latest sexiest look below!

Speaking of, we reported earlier how Alexis already defended Rob after he was dissed by Blac Chyna‘s current boyfriend Kid Buu. In one of Alexis’ latest Instagram posts, Kid Buu commented, “You really wit [sic] Rob’s fat *ss for love or is it just for clout,” he asked. Of course, Alexis wasn’t going to just let this slide. She responded, “To answer ur [sic] question… I love Rob.”

And not only is her romance with Rob going well, it apparently has been going on longer than originally thought. “Alexis and Rob have been seeing each other for a little while, it’s not as new as everyone thinks, and she really likes him. Alexis isn’t using Rob for fame, not at all,” a source close to Alexis told HollywoodLife EXCLUSIVELY. “She’s a very sweet girl, she’s ambitious, but not at the expense of the people in her life. Her daughter is the center of her world and that’s something she and Rob bonded over right away because he’s the same way about his little girl.”

We’ll keep you posted with all of the latest news about Alexis and Rob. In the meantime, check out all of Alexis’ hottest Instagram photos in our gallery above.