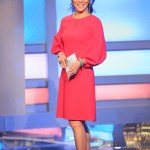 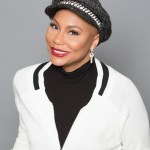 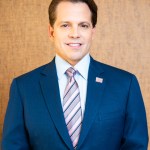 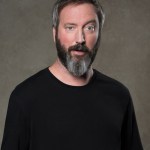 She looks to bodyslam the competition on ‘Celebrity Big Brother.’ Ex-WWE Superstar Eva Marie will be part of season 2 of the US version of the reality television show, so get to know all about her.

There’s only been a single American edition of Celebrity Big Brother, but season 2 promises to bring the hype when it debuts on Jan. 21. This season’s cast includes reality TV royalty (Tamar Braxton), a 90’s heartthrob (Joey Lawrence), a pair of Olympians (Lolo Jones and Ryan Lochte) and a former White House communications director (Anthony Scaramucci.) If this competition seems tough, don’t worry: Natalie Eva Marie, 34, can handle it. The former WWE Superstar will compete for the $250,000 grand prize, so before she enters the Big Brother house, get to know all about her.

1. She was a WWE Superstar for four years. Natalie is best known for portraying Eva Marie, a female WWE Superstar. After graduating from Cal State Fullerton with a business degree, she moved to Los Angeles to pursue acting and modeling, according to ESPN. She came across a casting call for the WWE in 2013. After impressing the company’s talent scouts, she was signed to a development deal and assigned to the WWE Performance Center in Orlando, Florida.

Shortly after her signing, Eva Marie would be promoted to the main roster. After a “whirlwind” two years, she would be transferred to NXT, the WWE’s developmental (i.e. training) program. She would return to the main roster in 2016, debuting a new long introductory entrance. Her new performance painted her as a diva, and through many manufactured excuses, she would find ways to avoid wrestling. After receiving a 30-day suspension for violating the wellness policy (she said she tested positive for Adderall, and had a prescription for the medication but failed to submit the paperwork to the WWE on time) she would be taken off TV. In August 2017, she and the WWE parted ways.

2. She was also on Total Divas. Less than 48 hours after she was signed to the WWE, Eva was told she was cast on Total Divas. Add that she was promoted to the main WWE roster with just two weeks of formal training. Talk about going from 0 to 60.

“I’m a perfectionist, so I would have liked to have trained more first. However, I truly think opportunities come up once in a lifetime and if you don’t take it, you’re going to miss out,” she told ESPN.

3. Eva Marie originally wanted to be a soccer star. Born Natalie Marie Nelson in Walnut Creek, California, Eva Marie grew up wanting to play soccer. After a successful two-year stint at Diablo Valley College in Pleasant Valley, California (she earned Junior College All-American honors as a striker) she transferred to Arizona State, but bailed because she didn’t think she was good enough for the team. She ended up at California State University, Fullerton. Though she talked her way into a shot at joining the soccer team, her NCAA eligibility had expired.

“I wouldn’t have run into that problem if I just believed in myself from the start,” Marie said. “Now that I’m older, I know it’s so much better to have tried and maybe you fail, then to have never tried at all.”

4. She’s also an actress and a fitness model. Eva landed a role inside the 2017 thriller, Inconceivable, acting alongside Gina Gershon, Faye Dunaway, and Nicolas Cage. She also has modeled for Glam Fit Magazine, and Rukus. In 2012, she won the Powertech Model competition. She also launched her own hair extension company, TestaRossa, in 2015, and launched NEM Fashion, her fashion line, in 2016.

5. She’s married! In 2014, Eva married certified trainer Jonathan Coyle. It seems the couple that sweats together, stays together. You can also hear Jonathan for yourself as he’s a co-host on The Natalie Eva Marie Show podcast on PodcastOne.