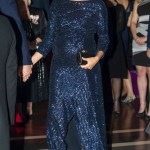 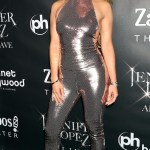 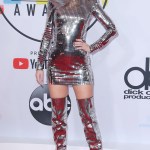 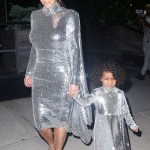 Sequins are not seasonal, as far as I’m concerned, and we are so inspired by these celebs who have rocked sequin dresses all year long! See the best shimmering looks below!

Meghan Markle wore a $5,595 long-sleeve, sequined Roland Mouret gown with a leg slit on Jan. 16 in London. She paired the look with a Givenchy satin clutch, and strappy Stuart Weitzman heels. Earlier in the day, she wore an H&M dress — we love the high-low mixing! At the Critics’ Choice Awards, we saw a lot of sparkles — Connie Britton wore Galvan, Big Little Lies actress Laura Dern wore Saint Laurent, and Awkwafina wore a copper Elisabetta Franchi dress with a low-cut neckline.

Carrie Underwood wore sequins (one of many, many outfits) while co-hosting the 52nd Annual CMA Awards in Nashville in November 2018. Taylor Swift was shimmering in a silver Balmain mini with thigh-high, matching boots at the American Music Awards in Los Angeles in October. Before her final “All I Have” performance in Vegas in September 2018, Jennifer Lopez rocked rose gold liquid sequin leggings and a halter top by Tom Ford — talk about going out with a bang! 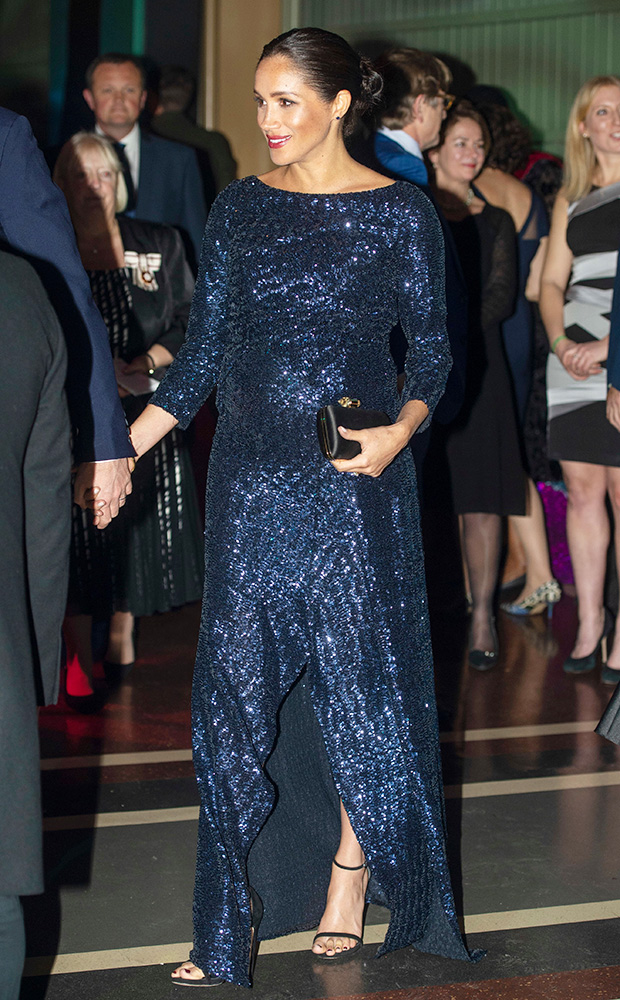 Selena Gomez has worn sequins on multiple occasions including one of her best looks ever — a blue gown at the 2016 Grammys. See more stars rocking sequins in the gallery attached above!