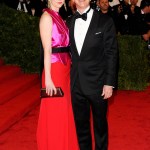 Jeff Bezos and Lauren Sanchez’s alleged romance may be public now, but are they ready to make it even more public — via a red carpet appearance? According to a new report, they are!

Amazon CEO Jeff Bezos, 55, is reportedly not letting his $140 billion divorce from his wife of 25 years, Mackenzie, stop him from bringing a plus one this award season! The buzz is that the tech tycoon and his alleged mistress, helicopter pilot Lauren Sanchez, 49, will make their first red carpet appearance as a couple in just a few weeks. “Expect to see Lauren joining Jeff [at the Oscars],” a source claimed to Page Six on Jan. 18. “They are an item and very much in love.” And the source makes a good point: “They were not hiding their relationship and were very relaxed at the [Golden] Globes.” HollywoodLife has reached out to Jeff and Lauren’s reps for comment.

In case you missed it, Jeff and Lauren were photographed standing by one another at the Amazon Prime Video’s Golden Globes after-party, but Jeff was still sporting a ring on his finger! He tweeted his and Mackenzie’s divorce announcement just three days later. But according to this new report, Jeff and Lauren are paying no mind to the freshness of this alleged scandal, as they’re supposedly hitting up even more big events! While they’re reportedly “still figuring” out if Lauren should show up to watch Jeff accept his Living Legends of Aviation honor in Beverly Hills on Jan. 18 (tonight), they “will appear at a series of upcoming events together…including the Oscars on Feb. 24,” sources told Page Six.

Keep in mind that Jeff reportedly denied cheating with Lauren, saying he was already separated from his wife, according to his alleged legal letter. The report of the letter came forward on the same day The National Enquirer published alleged texts and X-rated photos from the Amazon founder, suggesting that he and Lauren began a relationship earlier than the date original reports gave (late 2018). Anyways, Jeff doesn’t appear to be breaking too hard of a sweat over the whole controversy, as his rumored social itinerary suggests. He was snapped in his first picture since the romance rumors with Lauren, who was also a former Good Day L.A. host, blew up — no tears here! He was seen boarding a private jet in Seattle on Jan. 18, according to TMZ. And the photo relates to what we’ve been hearing.

“Jeff Bezos is happy and living his life as normal as possible post the allege affair,” a source EXCLUSIVELY told HollywoodLife. “Jeff has been in LA and working hard on the ground at Amazon’s offices. Life is carrying on as normal for him. Jeff still calls Seattle home full-time and has no plans to move to LA full-time as of right now. If anything was bothering Jeff, you would never have known from seeing him. He’s carrying on life just as usual, even with being in the news so much.” With Jeff often being called the richest man in the world, we’re sure the Oscars and whatnot will still welcome him with open arms.