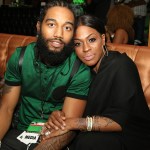 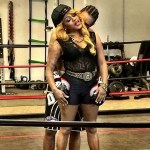 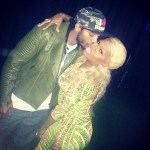 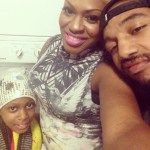 Lil’ Mo isn’t holding back on husband Karl Dargan! When she’s asked to rap in this EXCLUSIVE preview of the Jan. 17 episode of ‘Marriage Boot Camp: Hip Hop Edition,’ she calls out his alleged infidelity!

The cast of Marriage Boot Camp: Hip Hop Edition goes head-to-head in an epic rap battle that reveals everyone’s true feelings. Lil’ Mo and Karl Dargan are up first in this EXCLUSIVE preview, and Lil’ Mo fires off on Karl in one savage rap: “B*tches all up on the internet talking’ ’bout my husband / Sayin’ that he love ’em knowin’ damn well he doesn’t / I let alotta sh*t slide ’cause it cause damage / February 6th had a miscarriage / It broke my heart it tampered with my spirit / Yo Dynamite I can’t deal with the weird sh*t / We gotta fix this now / Leave me the f*ck alone ’cause these dirty miserable b*tches wanna ruin a happy home / But what if I had a side ni**a?”

Ouch. Karl’s going to be recovering from that for a long time. Lil’ Mo’s rap leaves Karl speechless. She looks him right in the face, proud of what she’s just down, and dabs! That causes the rest of the cast to react. Waka Flocka and Soulja Boy are stunned and impressed with Lil’ Mo.

Lil’ Mo and Karl have had their fair share of problems. Back in Nov. 2017, the couple went on Couples Court to sort out their issues. Karl denied all accusations regarding infidelity against him. “And I told her before, this is the first time in my life I can actually say I can’t even remember the last time I had sex with anyone else besides her,” Karl said at the time.

Also, during the Jan. 17 episode, Nia drops a bomb on Soulja Boy. The stars sweat it out in the hot seat as they are confronted with their burning issues. Plus, a battle of the exes ignites! Marriage Boot Camp: Hip Hop Edition airs Thursdays at 10 p.m. following Growing Up Hip Hop.