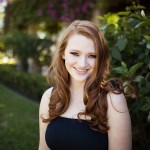 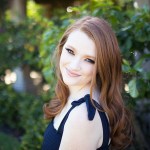 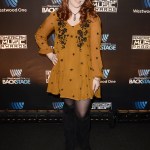 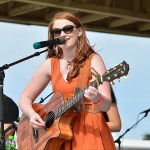 Country music’s Liddy Clark knows how to pen a moving track, & her anti-gun anthem ‘Shot Down (Stand Up)’ just got an equally as poignant video to match. Watch the heartfelt clip here!

Liddy Clark’s new video will move you to pieces. The singer-songwriter gave her emotional ballad “Shot Down (Stand Up)” the visual treatment, and HollywoodLife has the EXCLUSIVE premiere! Since learning to play guitar at age 12, the Plano, Texas-born country crooner has taken the stage at iconic venues throughout the country, and has even opened for artists like Scotty McCreery and Joe Nichols. Now, she’s taking center stage in her latest music video, which shows her delivering an acoustic, soulful, rendition of her most moving track. The stunning song is important to Liddy for a number of reasons, mainly being that it was written as a way for her to cope with tragedy. The native of Parkland, Florida, penned the track after she lost friends in the Marjory Stoneman Douglas shooting.

Liddy hopes that her song and video will inspire others to fight for change. “Shot Down (Stand Up)” is one of those songs that I wrote that just created a deeper sense of self for me,” the singer tells HollywoodLife about the track. “I always knew what I thought about gun violence and my personal beliefs, but this song goes even deeper than that and pleads with Americans to just listen & try to respect one another. I feel like this song has helped me find my voice & really represents how I feel.”

The rising singer, who cites the likes of John Mayer, Ed Sheeran, Fleetwood Mac, Maren Morris, and Parachute as her influences, is only getting started. Following the release of her new video, she has lots of plans to come in 2019! “Lots of writing!” she says, of what’s next. “Also, lots of new music & more shows. Just more of everything and I’m so excited to share with all of you,” she tells HL. For now, be sure to watch her stunning new video above!