Could it be? After the recent pic Jeremy Vuolo posted of his wife, ‘Counting On’ fans have been wondering whether his caption hinted at Jinger Duggar’s second pregnancy.  Take a look!

Just because Jessa Duggar, 26, announced that she was expecting her third baby on Jan. 9 doesn’t mean that fans aren’t still speculating about the pregnancy status of the other Duggar sisters. So who’s the most recent target of the rumor mill? Jinger Duggar, 25, after her husband Jeremy Vuolo, 31, shared a sweet shot of her cuddled up in a chair with a book and a hot drink. “She loves cozy winter evenings with a good book and a cup of tea,” he captioned the pic, along with a winking emoji.

Considering how often Jinger drinks coffee and gushes about her love for it on social media, many of Jeremy’s followers were struck by her beverage choice. “Is she pregnant again cause she isn’t drinking coffee?” one asked, while another added, “Tea instead of Coffee??? Maybe she is pregnant?” Recall Jinger’s in-laws started suspecting that she was pregnant with her baby girl Felicity, 6 months, back in 2018 when the reality star refused a cup of coffee on a Counting On episode. Shortly after, she revealed that she was expecting! So it’s no wonder some fans are experiencing deja vu.

Others aren’t so sure. “People ask some stupid questions,” one of Jeremy’s followers commented. “Shocker…coffee isn’t a drink for all day and you can have tea without being pregnant. Don’t be rude. Jeez.” 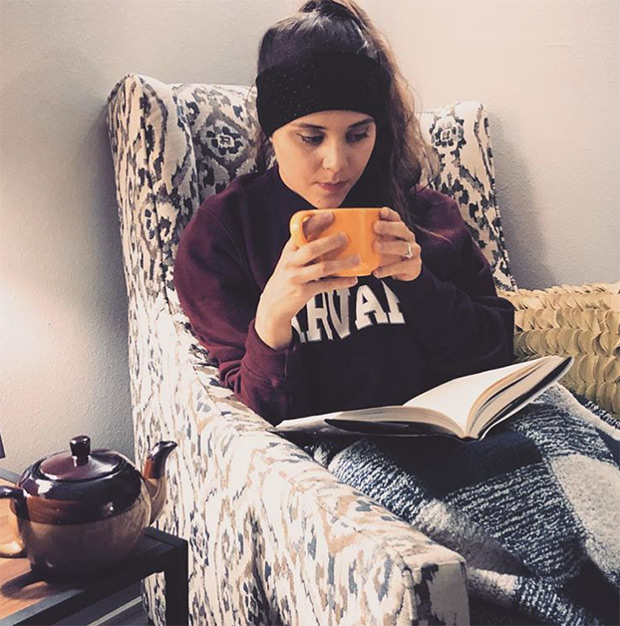 Whatever the case, one thing’s for sure — Jinger is an avid coffee lover, so fans can’t be blamed for being a little thrown by her transition to tea. Not only did she joke that she was “starting Felicity young” in a pic of her baby with a coffee cup last week, but the mother/daughter pair once even posed at a cafe in front of a huge COFFEE sign. Jinger’s love of caffeine is oh so real!

And while her rumored second pregnancy may not be, we’re sure she’ll open about her growing brood when the time is right.