Well this sure doesn’t happen every day! Milania Giudice debuted her first song at a listening party during the Jan. 16 episode of ‘RHONJ’ — and a special guest took her by surprise. Take a look!

Milania Giudice, 12, released the video for her single “I Can’t Wait to Grow Up” on Jan. 16 — the same night that her listening party was featured on a Real Housewives of New Jersey episode. She performed the song in front of her friends and fam, but one of her favorite rappers was also there to support. That’s right, Teresa Giudice, 46, invited none other than Fetty Wap, 27, to the listening party. And if the video the mother of four shared of him singing “Trap Queen” with a group of preteens in a parking lot is anything to go by, the rapper had a fun time.

“Thank you @fettywap1738 for being a part of my daughters first song and for being so incredibly sweet to these young kids,” Teresa captioned the video. “They adore you! You’re so talented!!” She also opened up about how proud she was of her daughter’s song and music video. “I am so proud of my baby @milania_giudice356 for working so hard and learning how to have the patience and build the confidence to become a performer! Milania you put on a great show for all of your family and friends and we enjoyed every second of you!! Mommy will always be by your side to support and guide you in all that want to achieve in life! I love you.”

So sweet! In her music video, Milania was having a ton of fun with her friends at the mall. “We ain’t chasing boys, we chasing checks,” she sang. “We chasing dreams, we chasing goals. Big things popping, little things stopping.” 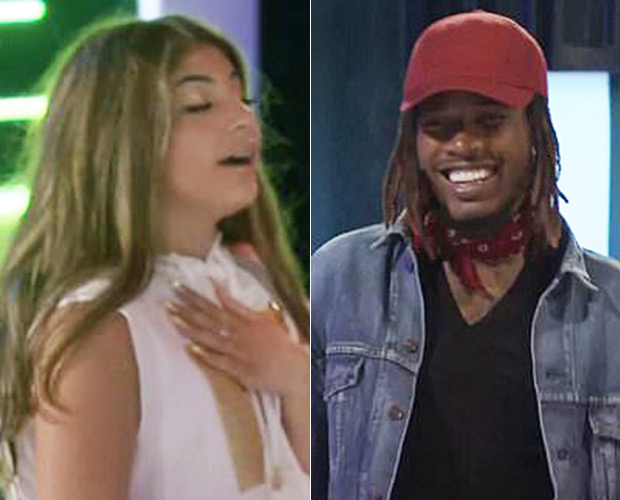 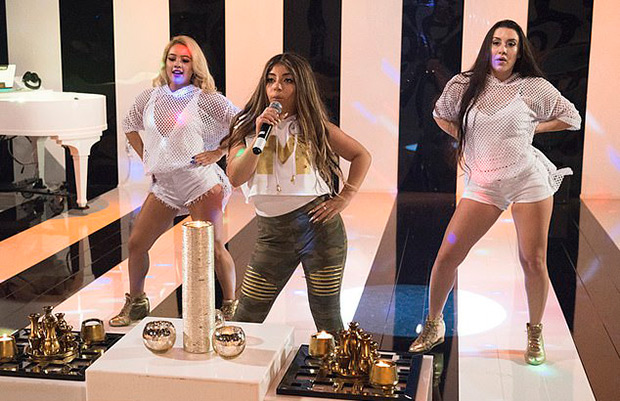 Thank you @fettywap1738 for being a part of my daughters first song & for being so incredibly sweet to these young kids! They adore you! ! You’re so talented!! ❤️ @milania_giudice356

She definitely looked like she had fun performing, and it was awesome to see Fetty Wap surprise her before she hit the stage. “His support can’t replace Milania’s dad, but him coming out to see her, it really does mean a lot,” Teresa said.

Her father Joe Giudice, 46, is currently in prison serving fraud charges, and is set to be deported upon his release — which makes rap an amazing outlet for Milania during this tough time! Recall the preteen’s older sister Gia, 18, did a similar thing when she performed an original song on Milania’s fifth birthday. The sad tune expressed her feelings on her mom’s ongoing feud with brother Joe Gorga, 39.