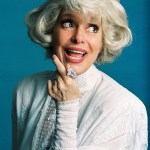 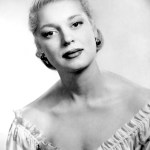 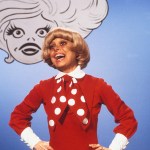 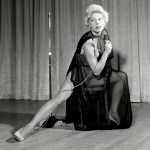 Broadway great Carol Channing, the star of classics like ‘Hello, Dolly!’ and ‘Gentlemen Prefer Blondes,’ has sadly passed away at 97. Learn more about this true icon of stage and screen.

We’ve lost an icon. It was sadly revealed on January 15 that Carol Channing unfortunately passed away. The screen and stage legend, who started her storied career in the 1950s, leaves behind an incredible legacy and body of work. If you’re unfamiliar with her, it’s time to change that. Learn more about Carol, her life, her accolades, and her passing, here:

1. She died of natural causes, after suffering two strokes in 2018. Her publicist, B. Harlan Boll, released a statement following her passing, writing: “It is with extreme heartache, that I have to announce the passing of an original industry pioneer, legend and icon: Miss Carol Channing. I admired her before I met her, and have loved her since the day she stepped … or fell rather … into my life. It is so very hard to see the final curtain lower on a woman who has been a daily part of my life for more than a third of it. We supported each other, cried with each other, argued with each other, but always ended up laughing with each other. Saying good-bye is one of the hardest things I have ever had to do, but I know that when I feel those uncontrollable urges to laugh at everything and/or nothing at all, it will be because she is with me, tickling my funny bone.”

2. Her star-making turn was in the original 1949 run of “Gentleman Prefer Blondes” on Broadway. That’s right; this wasn’t Marilyn Monroe‘s gig. Carol’s glorious performance of “DIamonds Are a Girl’s Best Friend” in the Broadway run of “Gentlemen Prefer Blondes” made her a household name. Her girly delivery and utter charm essentially paved the way for other famous blondes, including Marilyn, who famously took on the role in the movie version of the play, and later, Madonna — who many assume was just emulating Marilyn. Nope! It’s Carol!

3. Her most famous Broadway role was Dolly Levi in the classic musical, “Hello, Dolly!” She originated the famed role in 1964, and resurrected it twice on Broadway, and many times more on tour. Fun fact: she beat out a promising star named Barbra Streisand for the Tony that year; Barbra would go on to play Dolly in the film version of the musical.

5. She had a storied career in TV and film, as well. As if being a Broadway star weren’t enough, Carol appeared on a number of TV shows and in movies. She portrayed Muzzy in the Julie Andrews classic Thoroughly Modern Millie, appeared on The Love Boat, and Rowan & Martin’s Laugh-In. She had a career as a voice actor as well, playing Grandmama Addams in the 90s Addams Family cartoon, and even did an episode of Family Guy!