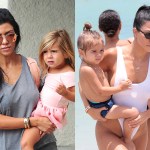 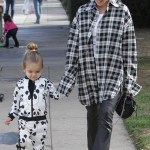 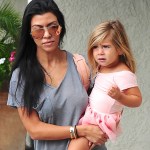 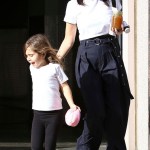 Kourtney and Scott’s little ones aren’t so little anymore! Take a look at Mason, Penelope and Reign’s before and after pics to see just how fast time flies!

Between the three KarJenner babies born in 2018 and Kim Kardashian‘s Jan. 14 pregnancy announcement on Watch What Happens Live, this famous fam is growing leaps and bounds before our eyes! But it was way back in 2009 when Kourtney Kardashian, 39, was the first Kardashian sis to sport a baby bump, and she welcomed her son Mason Disick, 9, at the end of that year. Since then, she and Scott Disick, 35, have welcomed two more super sweet kids in 2012 and 2014. Penelope, 6, and Reign, 4, rounded out the cute trio and fans can’t get enough of them — or of their transformations over the years!

Penelope, especially, has gone from a precious newborn to a mini fashion plate. She’s not a baby anymore, but a kid with a killer closet! Who could forget the time she went out to dinner with her dad, and he posted a pic of her in the backseat of his car wearing a silky dress, a rainbow shrug and a $2,000 designer purse with space buns? P is so cute and confident. Andven though it seems like she was posing next to her baby brother just yesterday, little Reign isn’t so little anymore. With his signature long locks pulled back into a bun more often than not, he has been looking very grown up recently.

Don’t even get us started on Mason! He was the first mini cast member on Keeping Up With the Kardashians, and while he’s got a lengthy list of siblings and cousins joining him on camera now, there were three years when he was the only Kardashian kid. But now the chubby-cheeked little one is a nine-year-old who takes silly selfies with his dad and shops with his grandma Kris Jenner, 63, in a Versace puffer coat.

Take a look at the gallery above to see just how much Mason and his younger sibs have changed over the years. The before and after pics will blow you away!