Talk about a hair makeover! BTS member Jimin showed off his new and very bright purple hair at the 2019 Seoul Music Awards, and everyone is in love with his new look. Check out the photos!

Jimin, 23, purple looks really good on you. The BTS star hit the stage with the rest of his bandmates at the Seoul Music Awards on Jan. 15, and he had quite the surprise for the ARMY — his purple hair! Jimin has rocked a number or hair colors, but this bright purple hair is our new fave. Purple is the color that represents the ARMY, and Jimin is taking his love for his fans to a whole new level. When BTS took the stage during the ceremony, Jimin pointed to his purple hair and said “borahae,” which means “I purple you” in Korean.

Once photos and videos started making their way around the internet, it didn’t take long for the ARMY to weigh on Jimin’s new look. “PURPLE JIMIN” became a trending topic on Twitter. “JIMIN WITH PURPLE HAIR I AM SHOCK,” one fan tweeted. Another wrote, “Jimin’s purple hair looks so good.” Let’s hope he keeps the purple hair for a while! 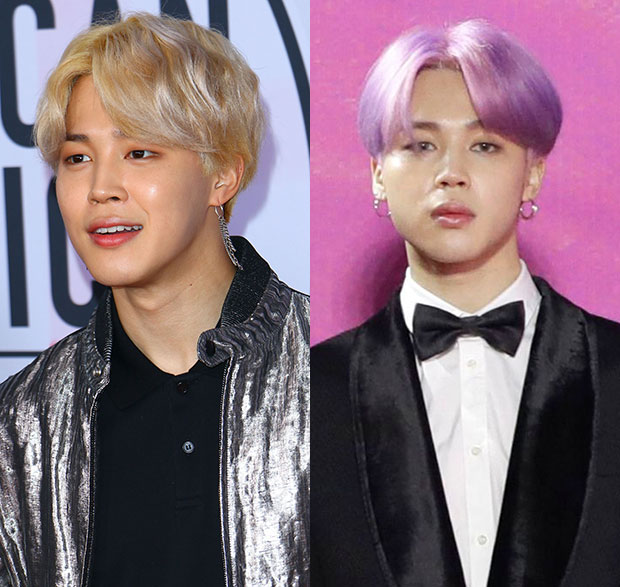 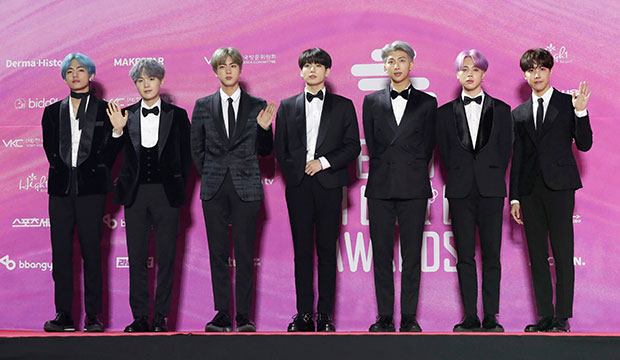 Jimin’s purple hair isn’t the only thing concerning Jimin to have gone viral this week. The BTS member was photographed on Jan. 12 and Jan. 13 with the “Nevermind” tattoo on his chest. The “Nevermind” tattoo debuted in Dec. 2014, but it was only temporary at the time. The tattoo wasn’t seen again until Nov. 2018 during BTS’ MGA performance. BTS fans think maybe Jimin got an actual “Nevermind” tattoo, but they’re still not completely sure.

Jimin has not confirmed whether or not the tattoo is real. The K-pop band is currently on tour, so maybe he’ll show off the tattoo (and his mouth-watering abs) again soon! Jimin, give the people what they want!