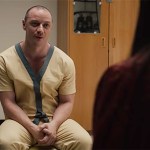 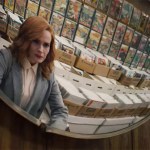 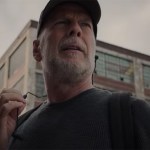 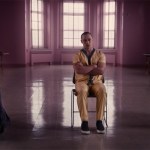 James McAvoy is back and better than ever in M. Night Shyamalan’s latest thriller, portraying twice as many identities in ‘Glass’ than he did in ‘Split.’ Here’s what went down in the twisting superhero flick!

It’s been 19 years since Bruce Willis, 63, and Samuel L. Jackson, 70, starred in M. Night Shyamalan‘s Unbreakable, but it’s never too late for a sequel, right? But this time around in Glass, the iconic actors are joined by James McAvoy, 39, who portrayed Kevin Wendell Crumb and all of his dissociative identities in 2017’s Split. Set two weeks after that thriller left off, Glass picks up with Bruce’s character, David Dunn, searching for Kevin. Known as “The Horde” after kidnapping and killing multiple groups of high school girls, Kevin is currently keeping four missing cheerleaders in an abandoned factory — and David, a.k.a. The Overseer, is out to save them.

Acting outside of the law, David is legendary in Philadelphia as a vigilante in a green poncho who gives the bad guys what they deserve. And when he brushes past Kevin while on a walk, he has a vision of where this serial killer is keeping his latest victims. Although he finds the four girls and frees them of their chains, Kevin shows up in the middle of their escape as The Beast. Fans of Split will remember the most malicious of The Horde’s 20-plus identities as a muscular man who can crawl on walls, speaks with the deepest of voices and fight like a variety of zoo animals. David is somehow able to hold his own against the strong, malicious character, giving the girls enough time to escape — but stumbling right into the authorities.

And that’s how David and Kevin end up at Raven Hill Memorial Hospital, along with Samuel’s character from Unbreakable, Mr. Glass. Sarah Paulson is the psychiatrist treating all three of these individuals who have “convinced themselves” that they’re superheroes, when in fact, they’re suffering from delusions of grandeur. She keeps all of them in separate cells where they can’t hurt the staff — or each other — thanks to high-pressure hoses that scare David and flashing lights that switch Kevin’s identities.

But when designing these cells, the doctor didn’t take one important thing into consideration — Mr Glass. While he has spent his time in the hospital silent and with a blank expression on his face, he’s secretly been plotting his escape. But not just any escape! He wants to release David and Kevin as well so the two can fight for the public, proving that they are, in fact, superheroes.

As exciting as the scenes of their escape may be as they murder staff members and break down steel doors, it’s James’ performance that steals the show, even rising above the comic book-worthy fight that follows. He gets to flaunt his acting chops throughout the entire movie, switching seamlessly between identities at the drop of a hat by changing his facial expressions, his voice, his body language. Whether he’s portraying emotionally vulnerable Kevin or nine-year-old Hedwig, he brings a striking permanence to each fleeting character. And as if his performance isn’t incredible enough in its own right, James stars opposite legendary actors that help bring M. Night Shyamalan’s stunning new vision to life.

Glass, which premieres Friday, Jan. 18, is such a satisfying end for these characters — almost two decades after they hit theaters. Full of the director’s signature twists and turns, which are shocking but never forced, the movie falls right into place.