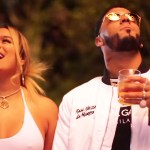 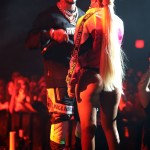 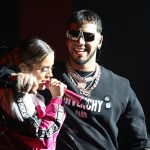 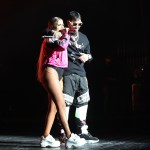 It’s official! Anuel AA and Karol G have sparked dating rumors for months, and they dish all about their ‘secret’ love on their new track, ‘Secreto.’ Plus, things get STEAMY between them in the PDA-filled music video!

Anuel AA and Karol G look SO happy and in love in the music video for their new collaboration, “Secreto.” The Latin superstars dropped the track on Jan. 15 along with the message, “Love is real, it is no longer a secret!!!” This came after they hinted about being in a relationship for months, without ever verbally confirming that they’re dating. “Secreto” is all about how the two love each other in secret, and in the music video, they showed off their romance with tons of PDA. In one scene, they’re even goofing around in bed together!

Back in September, Anuel AA and Karol released their first collaboration for “Culpables,” and things got quite hot and heavy between them in that video, too. However, Karol told Billboard at the time that they were just “friends” who “are very close.” The relationship rumors were in full swing by November, though — the two totally made-out onstage during a performance in New York! Just days before that, though, Karol played coy about the relationship on the Latin Grammy Awards red carpet, insisting the two just “have a great friendship”and telling fans, “[he’s] all yours ladies!”

When Anuel celebrated his 26th birthday later that month, though, Karol had a lot more to say about him in a touching Instagram post. “I can only say that I had the honor of knowing your heart and it is huge,” she wrote. “Happy Birthday. I love you, Emmanuel.” They’ve posted several PDA pics on social media since then, with Anuel even calling Karol “the only person that stole my heart” in one caption.

Alright, this romance wasn’t exactly much of a secret, but for those who still doubted it, the ‘secret’ is definitely out now! Check out the full video for “Secreto” above!