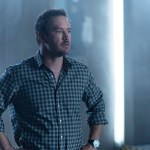 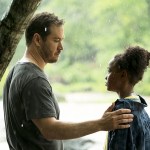 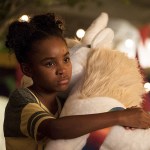 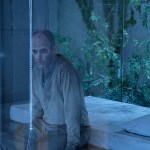 ‘The Passage’ kicked off with quite the bang, and now we have all sorts of questions. What happened to Shauna? Brianna Howey talked EXCLUSIVELY to HollywoodLife about what’s next!

Shauna Babcock is one of the most mysterious characters on The Passage. What pushed her to kill her parents? Did something happen between her and Clark in the past? Is there anything left inside of her after she was infected? We need answers after that epic premiere! The very talented Brianne Howey spoke EXCLUSIVELY with HollywoodLife at the show’s premiere event in Los Angeles, and we got scoop on what’s ahead for Shauna.

One of the most intriguing aspects of the Jan. 14 premiere was this strange connection between Shauna and former Navy operative Clark Richards (Vincent Piazza). Shauna couldn’t stop staring at Clark, and Clark later hallucinated Shauna after having sex with Nichole. Brianne teased that Shauna and Clark’s connection goes way back. “You will see that they formed a very special bond in the early days of Project NOAH,” she said.

The Passage is based on Justin Cronin’s best-selling trilogy of the same name. There have been a few changes from book to TV show. Shauna’s character was actually male in the first book. However, Brianne said that for the “most part the relationships are there, the essences are there, the motivations are there.” She also gushed about how “lucky” she is to be a part of such a popular project. “We knew going into it that there was such a large fan base, and it has such a large fan base because it is so wonderful. The books are so incredible. I am a fan of them now. So I completely get it and appreciate the passion, and I’m lucky to be a part of something that has such a big fan base.” The Passage airs Mondays at 9 p.m. on FOX.