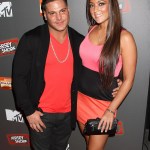 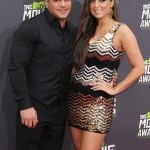 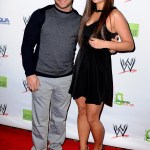 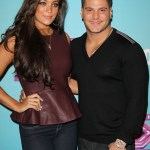 Sammi ‘Sweetheart’ will have an engagement ring on her finger sooner than you think! And, HollywoodLife has learned how her ex, Ronnie Magro is feeling about it, after his nasty split and alleged bloody fight with ex!

Sammi “Sweetheart” Giancola, 31, and her boyfriend, Christian Biscardi are on track to get engaged very soon! — And, that news isn’t sitting so well with her ex, Ronnie Ortiz-Magro, 33, who recently split his girlfriend, Jen Harley, 31, following an alleged bloody altercation between them in early January. “Sammi is going to be getting engaged in the very near future,” a source close to the former Jersey Shore star told HollywoodLife EXCLUSIVELY. The news comes about a year and a half after Sammi and Biscardi began dating.
“Ronnie knows it’s coming,” the insider said of his ex’s forthcoming engagement. “He still feels like Sammi was the love of his life and the one that got away. It’s very hard for Ronnie to see Sammi so happy with Christian and some friends think that is why he stayed with Jen for so long. — He wants what Sammi has and truly misses her. When it actually does happen, friends fear that Ronnie will have a lot of trouble coping with it. There’s a huge part of Ron that still loves Sammi and it hurts to know that his chances with her are over.”
Sammi and her boyfriend have been talking about taking the next step in their relationship. “They also moved in together over the summer,” the source said, adding that they’re both “fully committed and ready,” for an engagement. “She’s really excited to begin the next chapter of her life with Christian.” Biscardi, a New Jersey native, works within the fitness industry. He is a “partner in Garden State Barbell, a power lifting studio in Jersey,” the source added.

If you’ve kept up with the Jersey Shore franchise, you’ll know that MTV premiered the show’s spinoff, Jersey Shore Family Vacation in April 2018. But, Sammi Sweetheart was noticeably absent. She later explained that she chose “not to join the show this season” to try and “avoid potentially toxic situations.” And, it’s safe to assume that her statement had something to do with her ex-boyfriend, Ronnie, who she was often seen fighting with on the show.

Her statement, which she posted via Instagram in March, continued: “I am at a completely different place in my life right now focusing on my business and my relationship. I am not the same as I was when I was 22. At 31, I am extremely happy in every aspect of my life and want to avoid potentially awkward situations.” Sammi and Ron dated on and off for about eight years — three of which were documented on Jersey Shore from 2009-2012.