Gray has never looked so good! Brad Pitt stepped out for a private movie screening in LA, where he looked handsome as ever with silver scruff. He kept his long locks down with a cute cap on and we have the photo!

Brad Pitt, 55, is a bonafide silver fox! The actor stepped out for a movie screening in LA with his grey-highlighted beard on full display on January 12. Pitt looked dapper with is long hair under a grey cap. He looked fit and healthy in a white t-shirt with a dark, long-sleeve button-up and belted jeans.

Pitt hosted a special screening of the film If Beale Street Could Talk, which made for a star-studded event on Saturday. Timothee Chalamet, Barry Jenkins and Stephan James were all in attendance and posed for a photo together. Pitt, who is an executive producer on the film, held the screening at a private residence in the Hollywood Hills. He also posed for a photo with the film’s director, Jenkins.

The Once Upon A Time In Hollywood star was in good spirits at the event — acting as host, mingling with industry friends and other stars. “He looked very healthy, young and refreshed,” an eyewitness, who spotted Pitt in LA over the weekend, told HollywoodLife EXCLUSIVELY. “He was in a great mood and constantly smiling and saying hello to several people while having no issues stopping for photos, too. There was a lot of chatter about how healthy and happy he looked. If he has been dealing with stress stemming from Angelina [Jolie] or the divorce, you’d never know. He’s looked the best he has in quite some time.” 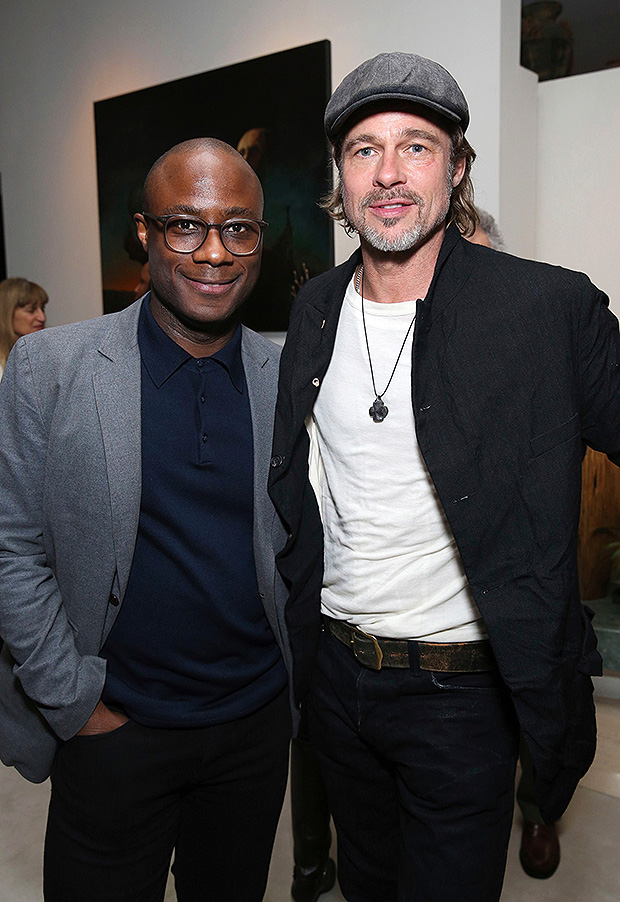 Brad Pitt and Barry Jenkins pose for a photo at a special screening of Jenkins’ film ‘If Beale Street Could Talk’ in Los Angeles on Saturday, January 12, 2019 in the Hollywood Hills. (Photo Credit: Shutterstock)

Pitt was all smiles while taking photos with friends — and for good reason. His production company, Plan B has been stacking awards nominations like crazy. Pitt produced a slew of films that are picking up speed this awards season, including Beautiful Boy, starring Chalamet, Vice, and Jenkins’ If Beale Street Could Talk.

Vice led all nominations at the Globes, with Christian Bale taking home the award for Best Performance by an Actor in a Motion Picture, Musical or Comedy for his work as Dick Cheney in the film. Regina King also took home the Globe for Best Performance by an Actress in a Supporting Role in Any Motion Picture for her work as Sharon Rivers in If Beale Street Could Talk. Each film — Beautiful Boy, Vice and If Beale Street Could Talk — has earned nods in various categories for the upcoming Screen Actors Guild Awards, which will be held on January 27.