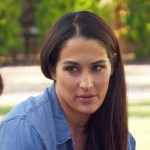 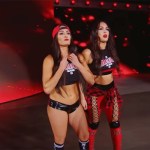 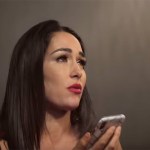 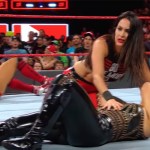 On the season 4 premiere of ‘Total Bellas,’ Nikki Bella officially ends her chapter with John Cena by moving her things out of his house — and makes big plans for her future.

Season 4 of Total Bellas picks up in the beginning of August, just weeks after Nikki Bella and John Cena finally ended things for good. The Jan. 13 premiere begins with Nikki back in Tampa, heading to the home she shared with John to pack up her things. “My breakup’s been a very difficult thing,” she admits. “I don’t want to compare it to death or divorce, but it’s pretty much saying goodbye to something forever. He was the one who always lifted me up, and it has kicked my ass and kicked me straight in the face realizing that I just let go of my number one supporter. I went from living a house with my ex, straight to living in a hotel room with my sister. I just want to find one place to call home and not live out of an office or hotel room. I’m single and 24 with no kids and having to start over.”

Naturally, leaving the home she lived in with her boyfriend and then fiance for so many years is not easy for Nikki. “Moving all my stuff out makes it closure and I think that’s the hardest part,” she explains. “When you move out and shut that door and give someone your keys, it shuts the door to your heart, to that love and to the memories and no new memories will be made, which is so hard to think about. I guess it’s tough because I try to be strong all the time and I think the moving out process has been the toughest for me.”

While going through her breakup with John, Nikki was living in San Diego, right near her sister, Brie Bella, and Brie’s husband, Bryan Danielson. Now that she’s single, though, she wants a fresh start, and has her heart set on Los Angeles. “It just has this hustle vibe and I have to go there every week for photo shoots [alway],” she says. “It has this single life. It’s very Sex and the City, like New York. Not only am I craving it, but I feel like I need it.”

Brie is not on-board with Nikki’s decision, and it leads to major tension between them. Brie thinks moving to L.A. will wind up being lonely for Nikki, because she won’t have family close by to turn to when things are rough. However, Nikki is insistent that it’s the right move. “I’m more sad in San Diego. I’m not sad in L.A.,” she explains. “I’m not around people who are talking about marriage and kids 24/7 or asking how are you feeling. I’m just f***ing sick of it.”

Despite Brie’s hesitation, Nikki puts an offer on a place in L.A. and finds out that she got the house she wanted. “I feel like the L.A. moves was the first time I put me first and I didn’t care what anyone thought,” she tells Brie. “I did it for me because I know I need it. I need something so brand new, scary and fresh.”

Eventually, Brie comes to accept her sister’s decision, and they make up. However, Nikki is still unable to avoid her past with John, and when she shows up to pre-Summer Slam events in New York, she’s plagued with questions about him. “I understand being in a relationship that was very public, I’m always going to have questions about it,” she admits. “I just can’t wait for the day we can all move past it. I get it — it was a beautiful six year relationship that was very public, but hopefully soon I can be accepted as me as an individual.” We’ll see as the season continues!