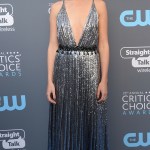 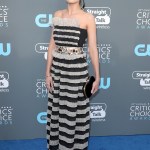 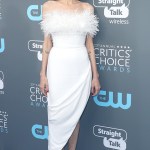 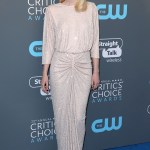 The 2019 Critics’ Choice Awards are set to take center stage in Santa Monica on Jan. 13 and we’re giving you all the information you need to make sure you don’t miss the big event right here!

The 24th annual Critics’ Choice Awards is one of the entertainment industry’s biggest award shows of the year and the 2019 ceremony is just about to take place. With some of television and film’s hottest stars coming out to celebrate the magic of small and big screen gems, it’s sure to be an exciting night full of memorable moments and some pretty fantastic acceptance speeches! Here’s all the details you need to know to get ready and capture the big night from the comfort of your own home!

This year’s award ceremony, which takes place at the Barker Hangar in Santa Monica, CA, will air live on the CW at 4:00 pm PST. If you don’t have cable, don’t fret, there are still other ways to catch all the action! Some live streaming services offer the CW as part of their bundles that include live television channels. Hulu With Live TV, YouTube TV and DirecTV Now are some services that may offer the channel but make sure you check your zip code before signing up as the CW is only available in a limited number of areas. One other way to see the award show live is by having an over-the-air antenna. Sometimes the channel is one of many that the antenna will allow to connect to your television, letting you sit back, relax and enjoy the entertainment!

Once you’re connected and ready to go, there’s a lot to look forward to. Taye Diggs will host the show and many celebs are set to go out and present or just make an appearance, including Mandy Moore, Kristen Bell, Nicole Kidman, Jim Parsons, Cole Sprouse, Kaley Cuoco and many more! The Broadcast Film Critics Association and The Broadcast Television Journalists Association decide who gets to take home the awards but Claire Foy has already been named the recipient of the 2019 #SeeHer Award.

As far as movies go, The Favourite is the frontrunner for this year’s bash and Fox Searchlight Pictures’ films takes the lead in nominations with an impressive number of 14. In TV, The Americans, The Assassination of Gianni Versace: American Crime Story and Escape at Dannemora are the top contenders with five nominations each.