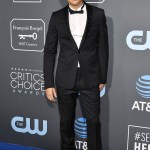 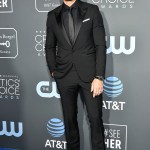 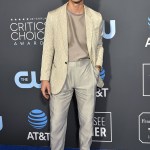 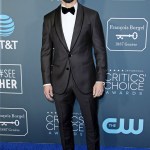 It may be the middle of winter, but these heartthrobs managed to turn up the heat the Critics’ Choice Awards! Forever swooning over Justin Hartley, Taye Diggs, and more!

This Is Us star Justin Hartley was one of the first celebrities to arrive to the 2019 Critics’ Choice Awards. The actor looked dapper, as per usual, in a black suit. He was accompanied by his lovely wife Chrishell Hartley, who rocked a gorgeous white gown. Justin is gearing up for the second half of the third season of This Is Us. The hype is so high for the show’s return! Justin is also nominated for Best Supporting Actor in a Drama Series! Milo Ventimiglia, who is nominated for Best Leading Actor in a Drama Series, arrived looking SEXY AF! Their co-stars Chrissy Metz and Mandy Moore are also expected to attend the Critics’ Choice Awards.

The host of the night, Taye Diggs, also showed up early to the Critics’ Choice Awards blue carpet. The All American star looked hot in a navy suit jacket, black pants, and a bow tie. The Marvelous Mrs. Maisel star Michael Zegen looked adorable in a classic black and white suit. We’re loving the beard he’s got going on these days!

Cole Sprouse also attended the 2019 show. The Riverdale hunk just got back from an amazing New Zealand vacation with Riverdale co-star KJ Apa. The actors, a.k.a. Jughead and Archie, had a little break from filming season 3, so they took full advantage of it. Cole and KJ were spotted out shirtless while taking a dip in Lake Wakatipu. Now Cole and KJ are back and ready to finish season 3! Take a look at more of the hottest hunks at the 2019 Critics’ Choice Awards in our gallery above!