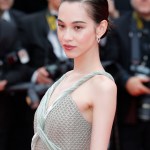 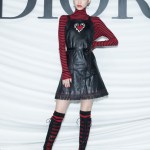 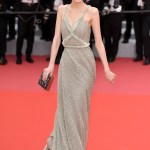 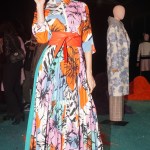 While Harry Styles’ rumored new girlfriend Kiko Mizuhara may be a big model in Japan, we understand if you don’t know much about her! Learn more inside!

Harry Styles, 24, might have another partner! He recently has been linked to model Kiko Mizuhara, 28, and everyone is pretty much wondering just who she is! While Harry is notoriously super private about his love life – we barely ever see photos of him with his significant others –  we decided to dig and find out more about Kiko! The two followed one another on Instagram, leading to speculation about their involvement with one another. Read on for things to know about his newest possible flame.

1. She was born in Dallas, Texas. Even though Harry might be reportedly visiting her in Japan nowadays, Kiko was actually born in the states! She moved around the world to Tokyo, Japan, when she was only two years old.

2. Kiko’s dad is American, and her mom is Japanese. They divorced when she was 13.

3. Her modeling career started when she won a contest. Kiko got her start with Seventeen through a contest they held! She worked with the magazine for three years before moving to runway jobs. Kiko has been in other magazines like Vogue, Nylon, GQ, Elle, Harper’s Bazaar, V Magazine, Cosmpolitan, and more!

4. Like Harry, she’s a multi-hyphenate! Kiko’s known for her modeling, but has also dipped her toes in acting – both movies and television shows – and designing! She seems like an impressive woman, for sure.

5. She’s been bitten by the travel bug! As a model, Kiko gets to travel all over for jobs, but she recently visited Machu Picchu in Peru, as evidenced by her Instagram post. Since Harry got to travel all around the globe during his days in One Direction, we’re sure they have plenty to talk about when they see one another!

Even though we’re just now hearing of Kiko, a lot of people are already well-acquainted with just how cool she is! The model has 5.2 million Instagram followers, which will likely rise now that she’s hanging with Harry! We’re excited to see what will come next from these two!