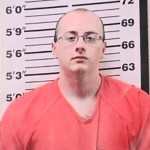 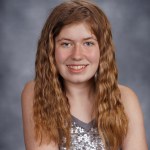 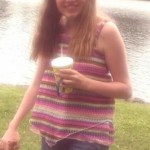 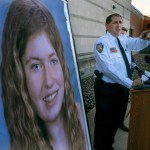 Nancy Grace was overcome with emotion when 13-year-old Jayme Closs was found alive on January 10, after being kidnapped in October. She teared up before she slammed those who think Jayme was involved in her own kidnapping.

Nancy Grace, 59, became emotional when she appeared on MSNBC to discuss Jayme Closs‘ kidnapping. The 13-year-old, who was kidnapped in October, escaped her alleged captor‘s home, and turned up safe on Thursday, January 10. Grace teared up during the live broadcast after Closs’ kidnapping, and the subsequent murder of both her parents. The tragic event hit home for the Crime Stories host, who mentioned that she instantly thought of her 12-year-old twins, Lucy and John, when it happened.

The host was also overcome with anger and frustration over those who believe Closs was in on her own kidnapping. As for why anyone would think that, we’re unsure. Grace slammed trolls who believe the young teen could have had any part of the crime. She later sympathized with Closs, who has a long physical and mental road to recovery ahead of her, after police say she appeared to suffer from malnutrition. However, in a press conference on Friday, January 11, police updated the public and said Closs has been “medically cleared.”

Jake Thomas Patterson, 21, of Gordon, Wisconsin was charged with one count of kidnapping and two counts of first-degree intentional homicide related to the fatal shootings of James, 56, and Denise Closs, 46, in October. Police revealed that they are not looking for any other suspects in the case. They added that Patterson had “zero” criminal history with state and local authorities, and Jayme was his “only target.”

Jayme Closs — who was reported missing on October 15, 2018 after her parents were found shot dead in their home near Barron, WI — was abducted against her will. She was held captive inside a home in a remote area in Wisconsin, believed to belong to Patterson.

The 13-year-old managed to escape the home and then flagged down a woman who was walking her dog, authorities say. The woman has since been identified as Kristin Kasinskas, who claims Jayme told her that Patterson killed her parents. They rushed to Kasinskas’ home, where Kasinskas says 911 was called.