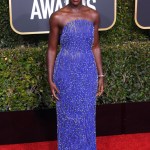 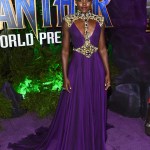 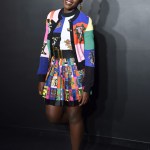 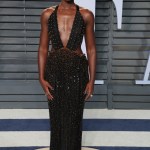 Michael B. Jordan and Lupita Nyong’o have been the talk of the town since their Golden Globes kiss. What’s the deal? The two set it straight – details inside!

Everyone has been talking about Black Panther co-stars Michael B. Jordan, 31, and Lupita Nyong’o, 35, lately, wondering if the two are an item or not. At the Golden Globes on Jan. 6, the pair made out in an elevator for an InStyle video, and they also seemed to schedule a workout date on Jan. 9 via Twitter. They apparently bet on who can do more squats or not, which is admittedly adorable, no matter their relationship status! So with all of their flirtations recently, they really haven’t attempted to dispel relationship rumors. In fact, they’ve motivated them.

For those shipping Michael and Lupita, we’ve got some bad news for you: They’re not together. At least, not right now. “No, we’re good friends,” Michael told ET Online. “Honestly, we’ve known each other a really long time and respect each other and I love this girl to death.” Well, even if they’re not dating, at least they have a really strong and solid bond with one another. That’s still something to celebrate!

“It’s flattering at the end of the day,” Lupita said. “I think it’s such a rare thing to find people you have good chemistry with and too, for us to find each other as actors and get to work together, it makes the work richer that we truly enjoy each other’s company on and off screen.”

We’re glad they finally set the record straight on whether they have been dating or not! But just because they confirmed they’re not in a relationship, that doesn’t mean we can’t still obsess over their cute friendship! We’ll continue to root for these two, no matter if they’re together, friends, or just co-stars making really great action movies. For now, we’ll keep loving their social media interactions and wait excitedly for Black Panther 2!