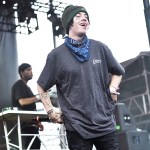 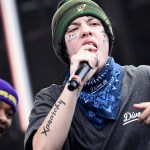 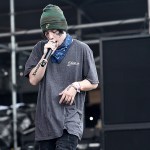 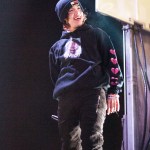 Did Lil Xan & Annie Smith get engaged?! Fans are going wild after Annie called him her ‘fiance’ on Instagram just under two months of dating!

Lil Xan and Annie Smith caused a flurry of engagement rumors after Annie took to her Instagram to call him her “fiance” as part of the caption for a black and white photo of the two of the, In addition to the caption, Annie wrote in the comments, “thank you for all the love and support. it means the world to us. i’m so happy this is no longer private.” In response, so many fans congratulated the two of them. Weedjah.115 wrote, “Congratulations ur so cute💔.” Diego_sweetheart commented, “Love you both ❤️ you’re both so beautiful and adorable 💔😍.” We’ll keep you posted as we learn more details about their engagement!

We reported earlier how Lil Xan and Annie, who were first romantically linked together in an Instagram post on Nov. 22, were heading down the aisle together. “Lil Xan has completely moved on from his breakup with Noah, and is more in love than ever before with his new girlfriend, Annie,” a source close to Xan told HollywoodLife EXCLUSIVELY. “They have only been dating for a short while, but he definitely could see himself spending the rest of his life with her and even got a new tattoo of her name. Xan and Annie have been inseparable since they started dating, and are already talking marriage.”

Before his reported engagement, it seems that Xan tried to clear the air with his ex Noah Cyrus after the two both publicly took shots at one another. Sharing a photo of Noah and singer/songwriter Billie Ellish, Xan wrote, “I genuinely think these 2 are some of the best not only female artist but in general coming up!” He also added, “Yes i know things got sloppy but i see the world so clear now!”

We’ll keep you posted with all of the latest news about Lil Xan. In the meantime, check out all of his most recent photos in our gallery above.