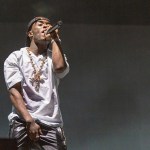 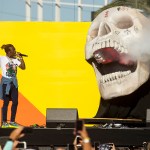 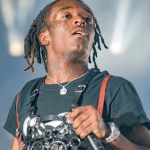 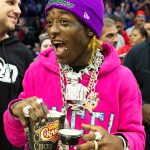 A sad day for rap. At the age of 24 and with a sophomore album completed, Lil Uzi Vert suddenly announced his retirement from music on Jan. 11. Twitter freaked out.

Lil Uzi Vert, 24, best known for “XO TOUR Llif3” and lending his vocals to Migos’ “Bad And Boujee,” is stepping down from the microphone. The rapper posted the heartbreaking announcement of his retirement to his Instagram Story on Jan. 11. “I wanna take the time out to say I thank each and every one of my supporters but I’m done with Music,” he wrote. “I deleted everything. I wanna be normal” He added on separate lines, “I wanna wake up in 2013” and “You are free.” Following through on his word, the artist purged his feed of music-related content, only leaving 28 selfies up. HollywoodLife has reached out to Uzi’s reps for comment.

The announcement blindsided fans, as Uzi had just announced the completion of his sophomore album, Eternal Awake, at a Philadelphia concert in Dec. 2018. “Lil uzi quitting music I wish 2019 would just end already,” a fan tweeted. Another wrote, “lil uzi vert deleted all his music and is quitting… brb while i cry,” joining the many weepy GIFs and memes. And waves of fans couldn’t help but feel led on, as Lil Uzi teased sneak-peaks of his upcoming tracks throughout 2018! “When we waited a year and a half for Eternal Atake and then Lil Uzi Vert randomly deleted all his music and decided to stop rapping,” another fan tweeted, along with a video of a man saying “We have been bamboozled, hoodwinked, led astray.” You can see even more mourning tweets below.

The retirement isn’t preceded by bad chart numbers. His debut album Luv Is Rage 2, released in 2017, landed the coveted No. 1 spot on the Billboard 200 albums chart. Fans were hungry for the album’s successor, but he did drop the singles “Introvert,” “Everything Lit” and “New Patek” in 2018.

Lil Uzi after hyping up Eternal Etake for over a year just to retire from music https://t.co/n0Hhzupzla

Uzi also once told a paparazzi that he has 1,500 unreleased songs with fellow rapper Young Thug! Regardless of how sad today’s news is, we support Uzi’s decision for the sake of his wellbeing.