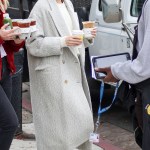 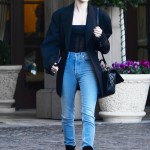 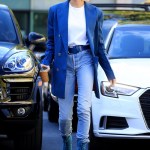 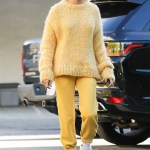 Hailey Baldwin gives off major ’90s vibes with her latest look! She stepped out in LA in an oversized black blazer with high-waist jeans and a corset top on January 11! See her full look!

Hailey Baldwin, 22, gave new meaning to the term, ’90s chic on January 11 when paparazzi snapped her latest look! The model stepped out in a black corset, tucked into her blue, high-waist jeans, which made for the perfect pairing. Hailey opted for an oversized black blazer coat, that only she could pull off, and black heeled boots.

With a messy bun in her hair, Hailey accessorized with cool black shades and a matching business bag. The newly married star was photographed leaving a hotel in Los Angeles on Thursday, where her husband, Justin Bieber, 24, was apparently staying. Hailey’s massive, oval-shaped diamond engagement ring was on full display in photos from her ’90s fashion moment. See her full look below!

Hailey was all smiles on Thursday, and she has plenty to be happy about these days. She married the love of her life in a secret courthouse ceremony in New York back in September, and now the pair is reportedly planning a bigger wedding to celebrate with family and friends. But, they’re in no rush! 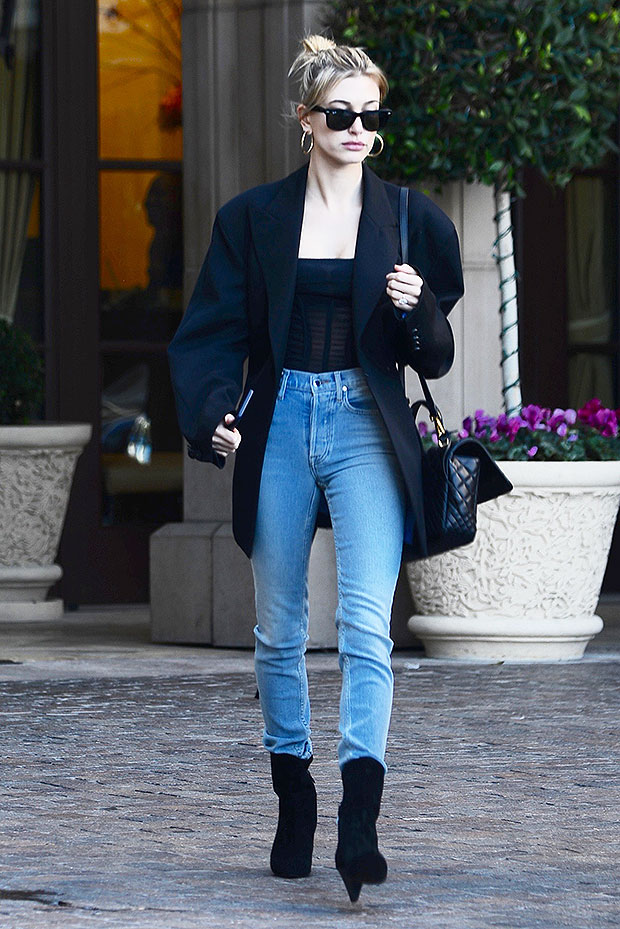 The singer and model had initially set their sights on a January celebration, according to People, but they will likely postpone it to a later month. — As for which month, that remains unknown. For now, they’re reportedly not interested in speeding up the planning process.

While Justin and Hailey have remained quiet about their nuptials, they haven’t shied away from showing off major PDA. They’ve been photographed on numerous occasions, holding hands and kissing, since last summer.

JB proposed to Hailey while the two were in the Bahamas on July 7 of last year. He popped the question in front of a crowd at Baker’s Bay with that giant rock you see in the above photo. The surprise engagement came after Justin and Hailey, who previously dated in 2015 and 2016, rekindled their romance in June 2018.