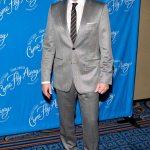 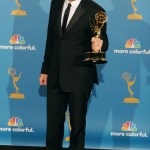 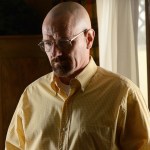 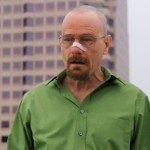 Bryan Cranston opened up about the rumored ‘Breaking Bad’ movie & whether he’d ever perform as Walter White again! Watch his interview with Entertainment Weekly Radio here!

Bryan Cranston is totally game to reprise the role of Walter White, but there are some strings attached. While appearing on Entertainment Weekly Radio on SiriusXM radio, Bryan not talked about whether he’d hypothetically be involved in a Breaking Bad movie, which is reportedly in the works, and his few requirements. “From a realistic standpoint, if I got a call to do the movie or Better Call Saul, which I don’t know would ever happen, I really don’t, I would do it in a second because — you know — my experience on Breaking Bad changed my life,” he admitted. “And my professional life. It gave me opportunities that would not have come. I wouldn’t be sitting in this chair with you right now had it not been for Breaking Bad. So I would go in a second.”

It was at this point in the interview that Bryan made it clear he didn’t want a potential reboot to have a revisionist approach to the original series. “But I’m not eager to rekindle,” he added. “Like if there was talk about rebooting Breaking Bad and, ‘Oh my God, Walter White didn’t die after all,’ I wouldn’t do it. Because to me, it was such a perfect beginning, middle and end. And to open that up again, I think would lessen what we did before. And I want it to be a cherished memory for me — and for fans — and allow that to be what it is, and all have us move on.”

Bryan somewhat confirmed that there would be a Breaking Bad movie while on The Tonight Show on Jan. 11. (Keyword: “somewhat.”) “Let’s put it to rest. I can say and announce tonight, in front of your audience — exclusive announcement — that I can confirm, that there is a Breaking Bad movie… rumor that is making its way [around],” Cranston told Jimmy Fallon.

We’ll keep you posted with all of the latest news about Bryan Cranston. In the meantime, check out all of his most recent photos in our gallery above.