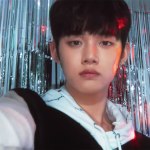 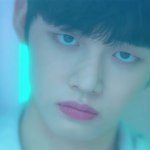 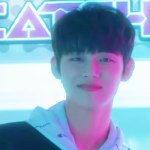 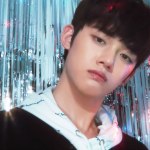 K-Pop fans, are you ready for a brand new boy group? Big Hit Entertainment is fulfilling fans’ dreams with the creation of its new group, TXT. The acronym stands for “Tomorrow by Together.” BigHit officially introduced TXT’s first member, Yeonjun, in a 1-minute introductory video and various photos on January 11 (KST).

The arcade-themed video shows Yeonjun making his way through a neon-lit room with different games. As upbeat music plays in the background, he can be seen trying to win stuffed animals in a claw-grabbing machine, before he chows down on some yummy noodles. Then, Yeonjun grabs a microphone and previews his dance moves and sense of humor in a tiny room filled with sparkling wall decorations — as his white teddy bear stuffed animal stares at him.

If there’s one thing we took away from the intro video, it’s that Yeonjun has amazing style! Therefore, TXT will most likely be a very fashion forward group. In the video, he is dressed in white pants and a white hooded sweatshirt with print on it. His cool letterman-inspired jacket matched his black and white shoes. And, our favorite part of Yeonjun’s look had to be his silver double-hoop earrings.

BigHit — the South Korean entertainment company, which manages BTS — teased the news of TXT’s arrival on Twitter, January 10 with a heart-racing countdown. The countdown teaser included the text “You & Me” and “You and I, different but together.” The news of TXT finally arrived finally came on January 11 at midnight (KST), when BigHit tweeted the group’s official name, which was followed by Yeonjun’s intro video.

Not much else is known about TXT and its other members, however, (unconfirmed) reports from last November, claim the group has five members with an average age of 17. There’s been a ton of hype around TXT, especially since they will mark BigHit’s first group since the worldwide sensation, BTS. It’s been rumored that TXT and BTS’s esthetics will not collide. We can’t wait to see what’s next!