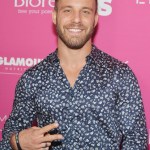 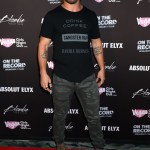 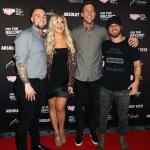 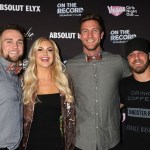 Paulie Calafiore is visiting Cara Maria Sorbelle’s home in Montana trying to prove what they had ‘was real’ after their messy split, according to a new report!

Paulie Calafiore of The Challenge is on damage control with his ex Cara Maria Sorbelle, after his other ex Danielle Maltby revealed that Paulie reportedly led her on while he was seeing Cara. “While she has not taken him back, he is doing everything he can do to prove that what they had was real,” an insider told Us Weekly. “Right now, Cara is torn, as every woman would be; she’s still very angry and heartbroken.”

As of right now, Paulie is visiting her in Montana, where she lives, and the two of them are reportedly working on their relationship. “It’s very tough for her because she wants to be a good example for others, but at the same time, he treated her so well when they were together,” Us Weekly‘s source added. “She’s torn.”

Meanwhile, Cara has since opened up since her tumultuous split with Paulie. “There were two completely different realities,” Cara Maria told PEOPLE. “I lived in one. Danielle lived in the other.” Meanwhile, Paulie has since taken responsibility for his actions, but also also blamed Danielle for waiting until Paulie and Cara were seeing each other exclusively to share their text exchanges. “I take full blame for the situation,” Paulie wrote. “Stop trying to spin this. Danielle was calculated in doing this now after Cara and I became exclusive. Cara knows what went down in the Challenge house and after. Our connection was undeniable.” We’ll keep you posted with all of the latest news about Paulie. In the meantime, check out all of his most recent photos in our gallery above.