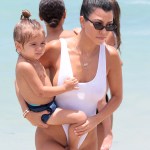 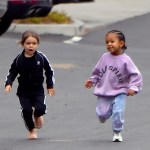 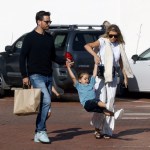 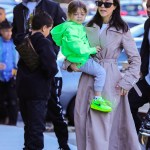 Kourtney Kardashian is traveling, and you know what that means! Scott Disick and his son Reign are sharing some quality time together — and proved it with this adorable cuddling pic. Take a look!

So sweet! Scott Disick, 35, and his son Reign, 4, couldn’t have looked cuter hanging at home on Jan. 9. In the Instagram pic the reality star posted, he and his son were lying down to watch a movie on their white couch. Reign was in comfy PJs, his long hair loose and a red Ring Pop on his finger. With Scott hugging him close and grabbing onto his bare foot, the father/son pair looked absolutely adorable and comfortable together. And just look at their profiles! Do they look alike from the side, or what? Kourtney Kardashian, 39, has been documenting her recent road trip with Kendall Jenner, 23, and friends on social media, so it’s extra sweet to see these two bonding while she’s busy traveling.

This isn’t the first time Reign has recently melted hearts on this couch, though. Recall Scott shared another photo of his son back in December, featuring the little one eating a jelly donut with his hair back in a bun. Between the candy and the sweet treats, it’s a wonder that Scott manages to keep his furniture looking as white as can be! The father of three has been all about sharing shots with his kiddos lately. Whether he’s having a slime night with Penelope Disick, 6, or treating Mason, 9, to birthday balloons and a cake, he’s been spoiling his sweet tykes this winter.

But with this new father/son pic, we can’t help but wonder who is behind the camera. Odds are good it’s his girlfriend Sofia Richie, 20, especially since sources are saying these two have been living together for months. 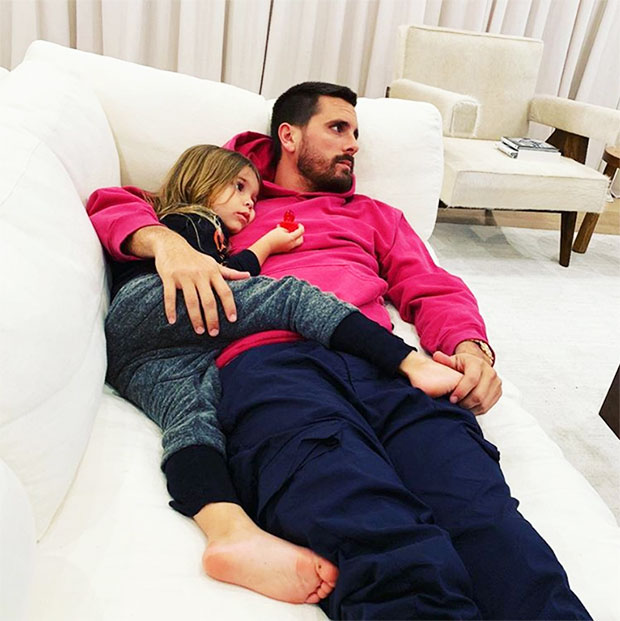 “Sofia moved in with Scott this past summer,” a source close to the couple EXCLUSIVELY told Hollywoodlife.com, “and that’s when Kourtney realized things were really getting serious between them. Scott and Kourtney discussed his plans on living with Sofia before they made it official.”

If having Sofia at the house means more precious pics of Scott with his kids, we are ALL for it. We’re living for these sweet moments!