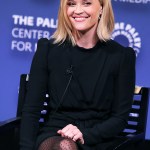 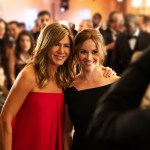 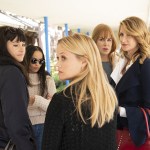 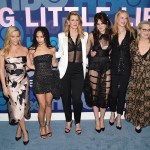 It’s a family affair for Reese, who poses alongside her look-a-like daughter and gorgeous mother for the February 2019 issue of ‘Vogue’. See the stunning photos by clicking below!

Reese Witherspoon, 42, continues to put women in her life first. Whether personally or professionally, Reese tells Vogue magazine, “The idea is to put women at the center of the story. I was sick of making movies where I was the only female lead on the set. I was sick of seeing scripts where there was one female role, badly written, and yet every actress in town wanted the part because there was nothing else.” See the stunning three generations photo below!

Reese is leading the way for women to produce, direct, and write strong roles for television and movies. “I always tended to be outspoken with my opinions. Whether they were appropriate or not,” she says. Of course, she’s paving the way with her hit Big Little Lies. Her BLL co-star Meryl Streep said of Reese: “She does everything!… On top of the acting and producing and the books and Draper James, she also carves the pumpkins! She raises three kids. She maintains friendships. I know what it’s like to be in this business and also raise kids. You remember that book I Don’t Know How She Does It? That’s Reese!”

Reese’s clothing and accessories line Draper James is incredibly successful and an amazing passion project for the actress and activist. Her daughter Ava also appeared alongside Reese in a recent campaign for the brand! We love that, even when working, Reese tries to squeeze in some family time! We love Reese and her commitment to social justice, helping women, and her family!