As if multiple weddings weren’t enough, newlyweds Nick Jonas and Priyanka Chopra are already on a second honeymoon in the Caribbean after spending their first in the Swiss Alps. We’ve got the details.

Apparently a romantic honeymoon to the Swiss Alps wasn’t enough for Nick Jonas and Priyanka Chopra. They newlyweds touched down in the Caribbean on Jan. 9 for yet another post-wedding love getaway.  “Nick surprised Priyanka by whisking her off on a second honeymoon earlier this week. Right now they’re having a romantic beach holiday, just the two of them in the Caribbean and it was all Nick’s planning,” a source to the couple tells HollywoodLife.com EXCLUSIVELY.

“She took the lead when it came to the wedding planning, but Nick was in charge of their honeymoon and he went all out to wow her. Nick’s a serous perfectionist so when he got the job of planning the honeymoon he was determined to make it the best one ever. But more than that he wanted to show Priyanka just how special she is to him and he totally knocked it out of the park by giving her not one, but two dream honeymoons. The first was right after their wedding, they went to the Swiss Alps with a bunch of family and friends for a ski vacation. And now they’ve escaped, just the two of them, to paradise. Their marriage is already off to a dream start,” the insider adds.

Nick shared a pic of the couple dressed in tropical evening wear next to a pool on Jan. 10, captioning it “Mr. & Mrs. Jonas.” They haven’t disclosed exactly where they are but some fans have guessed the island of Grenada based on photos. Nick, 26, looked super hot in an apricot colored jacket and slacks along with a white long-sleeved t-shirt and white sneakers to keep the look dinner casual. Priyanka, 36, wore a an off the shoulder long white dress with a black floral print on it, which is perfect for a warm Caribbean evening. She wore her brunette locks long and in beachy waves while standing behind her husband, putting her right knee forward towards him while holding on to his back. Such lovebirds!

It only makes sense that they had two honeymoons since they had two weddings during a three-day celebration in India. They were married in a Christian Western wedding on Dec. 1 then followed it up with a traditional Hindu ceremony. That was on top of a welcome party, followed by a Mehendi, which is a traditional Indian henna body art celebration and a Sangeet, which is an Indian pre-wedding musical event. And of course there were several lavish receptions at the  Taj Umaid Bhawan Palace in Jodhpur after their wedding ceremonies and then it was on to Mumbai for another reception with Priyanka’s Bollywood family. 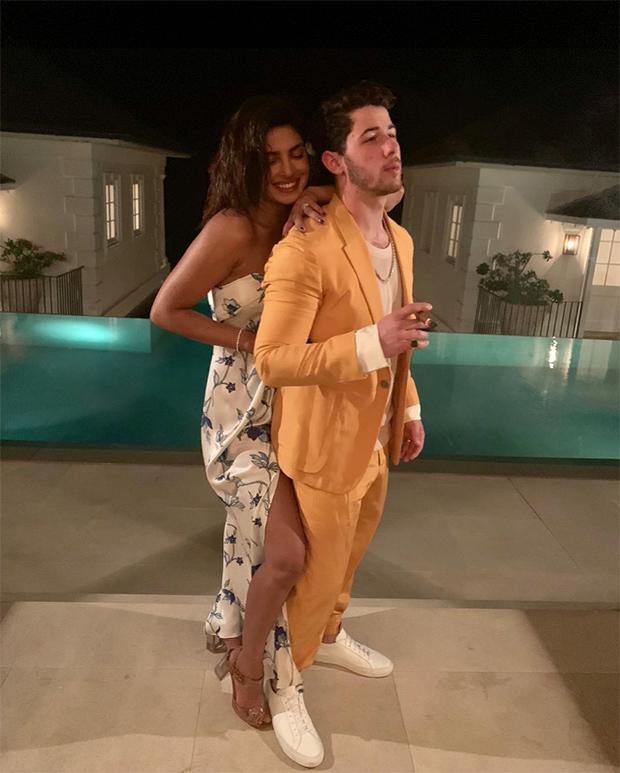 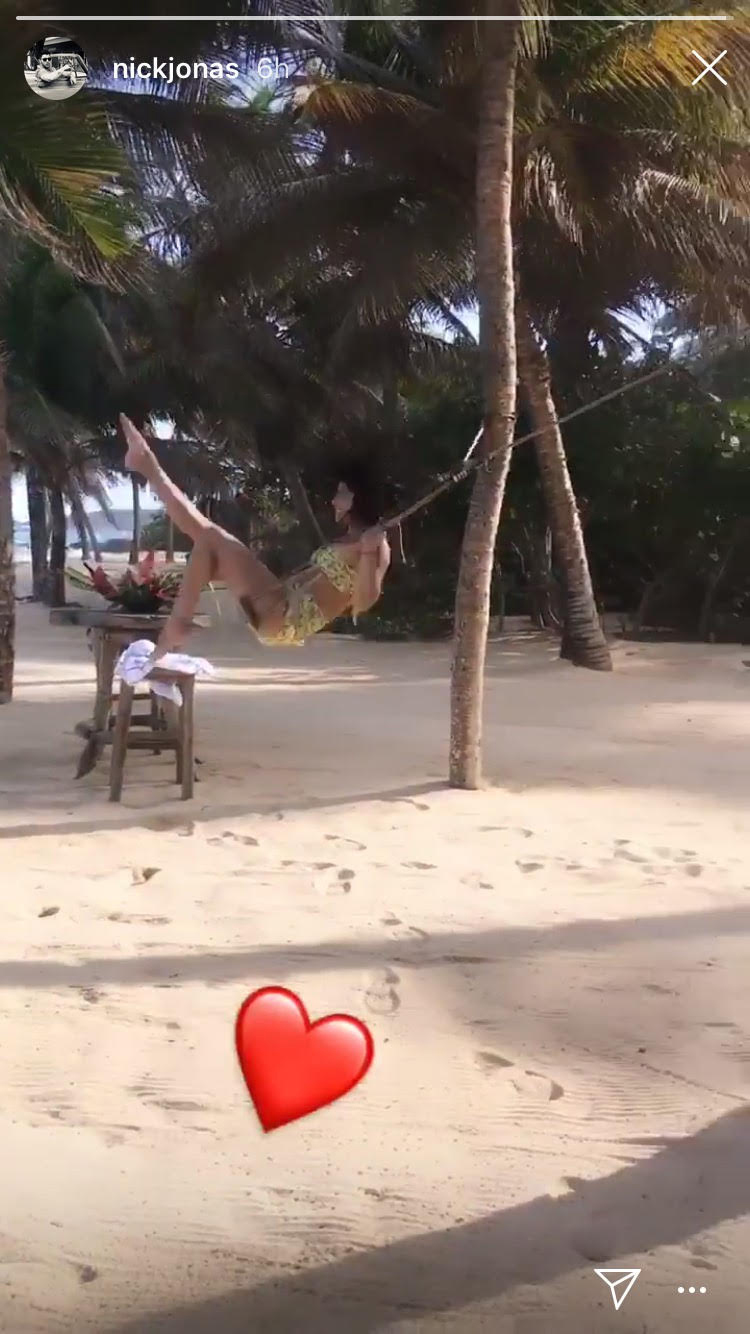 After that many wedding extravaganzas, the couple waited until after Christmas to take their first honeymoon, heading to the high-end ski resort town of Verbier, Switzerland where they rang in New Years. Nick’s brother Joe Jonas and his fiancee Sophie Turner as well as a few friends tagged along for the trip, enjoying some of the world’s best ski runs. Now that they’re in the Caribbean, Nick and Priyanka getting the proper alone time honeymooners they deserve. And hopefully the rest of us will be treated to some shirtless pics of Nick on the beach!