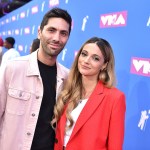 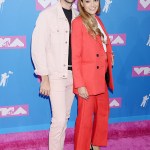 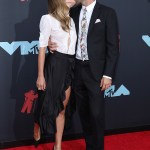 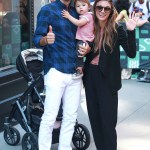 And just like that, they’ve got two little tykes at home! Nev and Laura aren’t wasting any time growing their family, and we’ve got all the details on the birth of their second baby. So exciting!

Nev Schulman, 34, and Laura Perlongo, 33, are now the proud parents of two little ones! They welcomed their daughter Cleo back in October 2016, and their baby boy was just born on Jan. 9, according to the Catfish star’s adorable Insta post. “Beau Bobby Bruce has arrived,” he captioned the video. “A little perfect ray of son-shine. 7lbs 15oz. Beau & Laura are all giggles and snuggles and we couldn’t be happier.” In the sweet footaghe, shirtless Nev was staring at his son and leaning down to rub noses with him. Aw! Laura posted a pic of her own and said she was “smitten.”

It’s no surprise that their announcement would be so cute considering their August pregnancy reveal was one of the best we’ve ever seen! Nev posted a hilarious pic to Instagram that showed his family of three peering into an oven, where a tiny bun was baking. “WE GOT A BUN IN THE OVEN!” he wrote. “See you in January lil’ guy.” A week later, Laura flaunted her baby bump at the MTV Video Music Awards in a chic red suit and white crop top. That was actually the second time she’s done that since she showed up in an unzipped jacket and body chain when she was pregnant with Cleo.

They really get creative when it comes to growing their family, and we can’t get enough!

Beau Bobby Bruce has arrived! A little perfect ray of son-shine. 7lbs 15oz. Beau & Laura are all giggles and snuggles and we couldn’t be happier💖👨‍👩‍👧‍👦🌈✨

These two always look like they have so much fun together, and it’s only going to get wilder around their house with two teeny tots running around. We’re wishing them all the best!