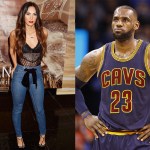 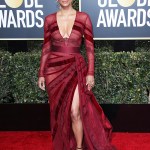 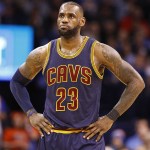 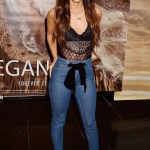 Keto is having a major moment right now, and it’s not hurting that celebrities like Halle Berry and Vanessa Hudgens swear by it. See which stars have tried out the low-carb, high-protein diet.

You likely know what the ketogenic diet is by now. It was the hottest diet in Hollywood throughout 2018 and it is only getting more recognition into the new year. But whether you’re skeptical of the high-protein, high-fat diet (what do you mean I can eat butter and bacon but not bananas?) or already well into ketosis, there’s no hiding the fact that plenty of celebrities swear by it. Seriously, everyone from Halle Berry to Vinny Guadagnino from Jersey Shore have been ditching bread and filling up on plenty of avocados. So, avocado toast, but like, without the toast.

Some celebrities have even transformed their bodies completely on the diet. Vinny hailed keto as the “fountain of youth” after dropping 50 pounds on the diet. He’s been documenting his journey on his Instagram account, appropriately named @ketoguido, and even gave his followers some advice on what to consume. “Stop eating sugars and grains and instead 98% of the time eat real food like whole egs, bacon, butter, fatty steaks, fatty fish and plants and exercise a few times a week,” he wrote, adding, “When I ate sugars and grains I was 50lbs heavier and looked 10 years older.”

However, not everyone who’s tested out keto had such amazing results. After following the diet for seven weeks in 2018, Savannah Guthrie admitted that it didn’t do much for her in terms of weight loss. “It’s not even doing anything,” she told Andy Cohen on Watch What Happens Live. “I haven’t lost anything! I haven’t lost a thing, but you know what? I’ve eaten a lot of bacon and I like it.”

During an appearance on The Dr. Oz Show, the TODAY host admitted that she felt her mind was “sharper” throughout the day on keto, but that her body felt more lethargic. “I feel less energy in the sense that I don’t want to work out anymore,” she said. “I think I need those carbs to feel like I want to go on a run or do aerobics or do whatever I might do.” But despite the negative aspects of the diet, Savannah admitted she “did like it. And I’m still kind of doing it.” Get clicking through the gallery above to see which other stars have taken on the ketogenic diet!