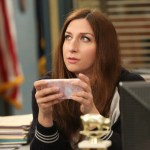 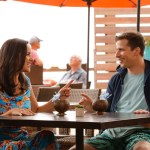 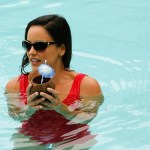 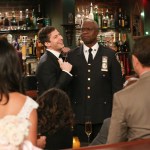 ‘Brooklyn Nine-Nine’ isn’t going away any time soon. The beloved comedy series is back on Jan. 10 for an all-new season after a rollercoaster year. Here are 5 key things you need to know!

Brooklyn Nine-Nine’s highly-anticipated season 6 will premiere Jan. 10 at 9 p.m. on NBC. Detective Jake Peralta and the rest of the crew are back for more adventures. In anticipation of the season 6 premiere, HollywoodLife has rounded up 5 things you need to know about Brooklyn Nine-Nine and what’s to come.

1. Brooklyn Nine-Nine is on a new network. The show is now on NBC! Brooklyn Nine-Nine was on FOX for the past 5 seasons, but the network cancelled the show in spring 2018. After massive outrage from fans, the show was rescued by NBC in less than 48 hours. Noice!

2. The entire cast is back! Andy Samberg, Melissa Fumero, Chelsea Peretti, Joel McKinnon Miller, Joe Lo Truglio, Terry Crews, Andre Braugher, Dirk Blocker, and Stephanie Beatriz will all be back for another round of fun.

3. The season premiere will follow Jake and Amy on their honeymoon. The couple got married in the season 5 finale. The premiere will also reveal whether or not Capt. Holt is the new commissioner of the NYPD.

4. Yes, there will be a Halloween episode. Even though the show is premiering during the winter TV season, Brooklyn Nine-Nine will still be celebrating the spooky holiday. Showrunner Dan Goor revealed at the TCA summer press tour that the Halloween Heist will still take place in season 6. “I think we had a very good idea for how to do the Halloween Heist and we want to continue doing it,” he said. “They’re some of our favorite episodes to watch and also some of the hardest to write because of the twists and turns. We have a really good idea how to do it.”

5. Chelsea is leaving the series, according to EW. Her character, Gina, will appear in the sixth season. She is expected to return as a guest star in future episodes after her departure.