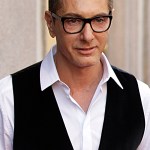 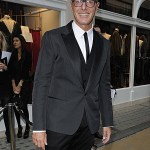 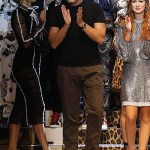 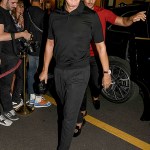 Stefano Gabbana, one half of the duo behind Dolce & Gabbana, is once again under fire for insensitive remarks. This time, it involves Kim Kardashian & her fans!

Stefano Gabbana, 56, co-founder of fashion house Dolce & Gabbana, has made yet another remark that has the internet up in arms. Fans are furious after an old post bubbled up where he called called Kim Kardashian, 38, and her family “cheap.” To make matters worse – the famed designer then shockingly called the fan who shared the post, a “bitch.” Umm, what?! The incident is especially ironic, seeing as Kim had JUST shown support for the brand via her Instagram stories. Needless to say, the posts were later deleted!

The vicious comment towards Kim’s fan comes 7 weeks after Stefano found himself in hot water for a different reason. The fashion designer also made a series of racist comments on Instagram this past November, which resulted in the cancelation of his upcoming runway show. Diet Prada, the social media watchdogs of the fashion industry, posted screenshots of an exchange between Stefano and model Michaela Tranova. The model questioned Stefano about one of his controversial ad campaigns, but Stefano dodged her question with a series of slurs including calling the country of China “ignorant Dirty Smelling Mafia.” NOT cool.

Fans have just about had it with Stefano’s internet comments. “Why is no one talking about Stefano Gabbana and his insane comments???? How is this a thing” one person asked on Twitter. “Stefano Gabbana is the Donald Trump of fashion #douche #asshole #prick #DGisdead” another Tweet read. “stefano gabbana is so problematic lol” a third person wrote.

So, this happened yesterday… Stefano unblocked 1 of 2 of the Dieters who sent incriminating screenshots during the China scandal, commented his usual threats, and then promptly blocked him again lol. Also, fresh off a Golden Globes win, it looks like he’s taking credit for one of @ladygaga ‘s iconic Venice Film Festival looks from last year by sharing a tagged story from a fan (the dress was @jonathansimkhai ). Picking up tips from Jacquemus? Regardless, neither is a good tactic to recover from the collective damage of scandals past lol. • #dolcegabbana #dolceandgabbana #stefanogabbana #kimkardashian #kardashian #kuwtk #dgthegreatshow #troll #block #wtf #lol #nottrue #ladygaga #astarisborn #goldenglobes #venicefilmfestival #jonathansimkhai #dietprada

Stefano’s continuous controversial comments are definitely problematic, and after this incident, we don’t blame fans for calling him out on Twitter!