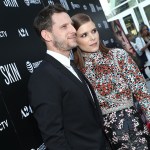 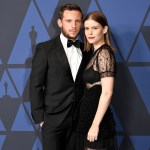 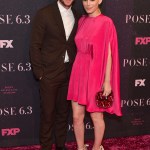 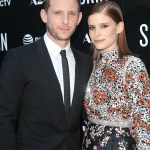 Kate Mara is pregnant and has her first baby on the way, one year after marrying her husband Jamie Bell. Get all the details, here!

Kate Mara, 35, may have played so many iconic acting roles in the course of her career from Susan Storm in Fantastic Four to Zoe Barnes in House of Cards, but she may be stepping into her biggest role yet! That’s because the actress is going to be a mom, according to Page Six‘s source. HollywoodLife also has an EXCLUSIVE source that witnessed Kate telling Emily Blunt the happy news at this past weekend’s Golden Globe Awards. Kate and her husband Jamie Bell, 32, who tied the knot in a 2017 ceremony at their neighbor’s home, are starting their family for the first time. She is reportedly five months along. How amazing is that? Considering she grew up with three other siblings and her husband had one sister, we were hoping that it was only a matter of time before this happened.

Suspicions spread that Kate was expecting her first child in January when she attended the Golden Globe Awards in a loose Miu Miu dress. The actress looked absolutely stunning in the peach gown, which featured lace detail on bottom and sparkle up top, but with its high empire waist, the dress could have been hiding a lot. A baby bump, perhaps? And while her stomach wasn’t showing, Kate’s cutout gown kept her cleavage on full display, especially since her dark hair was up in a top knot.

As we stated, an eyewitness told Hollywoodlife.com EXCLUSIVELY that the mom-to-be confessed to Emily Blunt, 35, that she was expecting in the Golden Globes lobby. “She was very happy telling the news and Emily was very receptive and happy for her,” the insider said.

And now the secret is out! We can’t wait for Kate to start flaunting her baby bump — and her maternity fashion — proudly. Congrats to her and her husband on this major news!

Hollywoodlife.com has reached out to Kate Mara’s reps for comment.