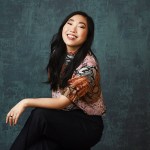 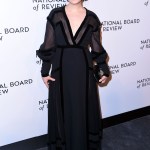 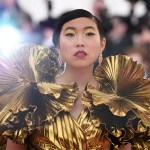 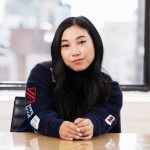 After the worldwide success of ‘Crazy Rich Asians’ Fiona Xie would love to see her co-stars Awkwafina or Ken Jeong host the Oscars after Kevin Hart dropped out of the gig.

The 2019 Oscars are only six weeks away and the telecast still hasn’t locked down a host after Kevin Hart dropped out of the gig amidst a controversy over old homophobic tweets. Since the show has a worldwide audience, Crazy Rich Asians star Fiona Xie thinks she’s solved the Academy’s hosting dilemma. We asked her who she’d like to see host the Feb. 24 ceremony and she told us EXCLUSIVELY, “Well, of course I hope anyone from Crazy Rich Asians. Awkwafina or even Ken Jeong, just because I’m biased, very biased. Ken [makes coughing sound], Ken!” After past #OscarsSoWhite controversies, this would actually be a hosting dream team.

Fiona’s wish isn’t too far off the mark .After Kevin dropped out, one major star openly campaigned for Ken, 49, to get the Oscars hosting job. Former Academy Awards host as well as Oscar winner Whoopi Goldberg told Stephen Colbert on Dec. 12 that “I want Ken to do it. He would be brilliant. He would also constitute the first Asian American to host the Oscars. It would be a whole series of firsts. And he also loves film, and I think that’s what you need in a host.” She added, “You need somebody who actually gets why films are great and can tell you the ins and outs and the silliness of movies.”  Hey, she’s filled those Oscars hosting shoes so Whoopi putting her support behind Ken is huge.

Ken appeared on Late Night With Seth Meyers after Whoopi’s proclamation and said “I was always taught when you set goals, you keep them very high. If I do not become the host of the Oscars, I will consider not only my career but my life a failure,” the comedian joked, before adding “I want it so bad.”

Awkwafina — real name Nora Lum — have proved to be quite an adept and in demand awards show host and would be an amazing sidekick to help ease the burden of a solo host carrying the show. She emceed the 22nd annual Hollywood Film Awards in Nov. of 2018 so she already knows how to work an audience full of movie A-listers. No wonder why they wanted her cause she kicking butt hosting the IHeartRadioMMVAS last August. The 29-year-old Oceans 8 star also became the first Asian woman to host Saturday Night Live in 18 years  — the second in history behind Lucy Liu –when she appeared on the iconic show in Oct. of 2018. She’s got mad skills when it comes to a live audience, so she could crush at the Oscars. Time’s a ticking for the Academy and these two would be a hosting dream!